James Ibori On His Way Back From Prison Abroad. 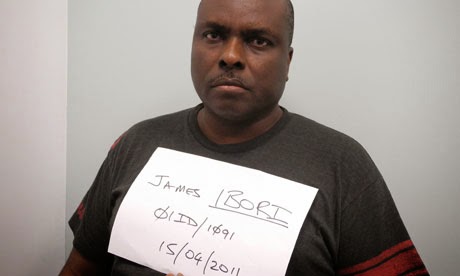 When Bode George was released from Kirikiri prison- and given state pardon-, his Aso-ebi and Ankara sold like crazy. Now, imagine what happens when James Ibori , a much bigger fish, is released from prison. Lemme advise you, If you are having a party of any kind between now and the end of April and you haven’t bought your Aso-ebi, forget about it.

Etceteralive sources tells us that the former governor of Delta state is coming back in April and “PREPARATIONS” are being made for a befitting welcome back ceremony – there goes all the Aso-ebi and white handkerchief in naija @least for the next 3 months – oh, don’t worry, the ex governor won’t sneak into the country dressed like mama Nkechi with a well trimmed eyebrow + bubba and wrapper + gele + matching handbag + red lipstick and mascara.

We also heard that Daily Independent newspaper which is owned by the Oghara strongman is undergoing massive renovations with a new digital newsroom already in place. Also, accumulated staff salaries being owed them by the print media house are presently being cleared.