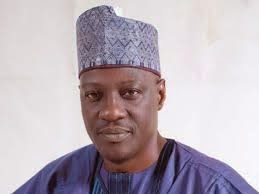 As at last count, endorsements of re election seeking incumbent, Governor Abdulfatah Ahmed by significant numbers of organisations and strategic players in the affairs of kwara states appear to give opposition little up in the upcoming gubernatorial election in the state.

Governor Ahmed who currently enjoys day in, day out ground swelling support faces the closest opponent to retaining his seat in the person of Simeon Ajibola, the flag bearer of the People’s Democratic Party.

But while the PDP in the state continue to contend with internal wrangling for control that is weakening the strength of the party on the streets- and talks of possible defection of its leading influence pullers to the other side that is demoralising ardent followers by the minute as election beckons, Governor Abdulfatah and his APC continue to garner groundswell support fast assuring him of retaining his seat.

‘Pledge of support by National Youth Council, Kwara state chapter. I remember vividly the Chairman of the NYC Comrade Kazeem Adekanye and his crew sought out the Governor and pledged the support of the over one million members in the state towards his re election...and you know youths are playing a lot of role in election process....imagine the kind of leverage the governor is getting those people drumming up support for him on the street and all over’

Findings revealed this move is complimented by open support by the traditional council led by Olosi of Osi, Oba Salihu Abdulkareem Arowobeku.

The traditional council are currently mobilising support for Governor Abdulfatah on the ground that it is imperative he retains his seat as a result of the developmental initiatives of his administration in the state.

Additional digs revealed equally buoying the support base of the re election bid of the governor is massive acceptance by market women and men in the state.

Led by Alhaji Tunde Jimoh and Alhaja Adenike AbdulRaheem Lambe and operating under the banner Kwara State Association of Marketers (KWAM) sources confirmed players in this sector have rejected overtures from opposition and continue to drum up support for Governor Abdulfatah based on positive impact of his government on their businesses.

Further revelations have it that this support based is solidified with open endorsement by civil servants in the state.

Information available revealed that the civil servants took the position of working towards the re election of Governor Ahmed based on what was labelled ‘outstanding performances’ of the number one citizen of Kwara state.

‘Chairman  of  the  Trade  Union Congress  in  Kwara  State,  Comrade  Kola actually made gave reason for the support during an open interactive session with Governor Abdulfatah’ an informant divulged.

However according to another source ‘ for me a beautiful colouration was added to the endorsements overshadowing outpour of endorsements and pledges of supports by the Kwara State Chapter of the Performing Musicians Association of Nigeria, led by Alhaji Saka Danfo they stormed the government house to show their support and have not relented in canvassing votes for him at every corner...it is really beautiful’

According to a keen watcher of the politics of kwara state, ‘all these endorsements are against the backdrop of supports being drummed up for sympathisers that resides out of the state to come home and vote for the governor during the election....i dare say, with the kind of support he is drumming up -  i see little hope for the opposition against Governor Ahmed’s re election bid ’

Added information made available revealed that the despite all these massive show of supports, Governor Abdulfatah is campaigning with the zeal of challenger.

‘it is really ironical, the man that wants to retain his seat and getting support all over town is not resting on his oars with his campaigns while those that want to take over from him are fighting amongst themselves and making nonsense of the limited sympathy they have....this election is obviously an open and shut case’ yet another observer maintained
Posted by MAN ABOUT TOWN at 10:50 AM