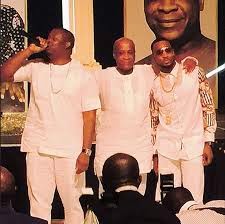 Contrary to talks he paid for it, here is a piercing glimpse into how and why hit group Mo’hits staged  a reunion performance for Lagos commissioner, Aremo Segun Oniru.


Wednesday March 11 2015, warring members of broken up musical hit maker, Mo'hits teamed up together - and performed together for the first time in a long spell.


Dbanj, Don Jazzy and Wande coal performed hit song 'Pere' at the Eko Hotel and Suites venue of an exclusive golden jubilee bash for one of the few that has the ears of Governor Babatunde Fashola and Asiwaju Bola Tinubu.


'It was a delight...and they made a huge success in creating a spirit of harmony for the event and around the celebrant...it was really great' a source described.

Findings by societynowng.com however revealed the thought behind 'magical performance' as attempting to present a gift money couldn't buy to a father figure.

Information pieced together revealed based on his generosity and general approach of backing talented youngsters to succeed, the separated musicians as a group hugely benefited from influence of the successor designate of the Oniru royal clan in making a success of their efforts.


They support is described 'not withdrawn' even after they went solo.


'They knew they had to do something spectacular to appreciate the long term and continuous support...and gingered by others in the know, the idea of return of Mo'hits was mooted and executed' an insider revealed.


And further revelations have it, the move paid off.

The celebrant, along with other invited guests were thrilled beyond expectations with the return of the musical group public loved to bits in honour of the individual many label 'a wondrous being 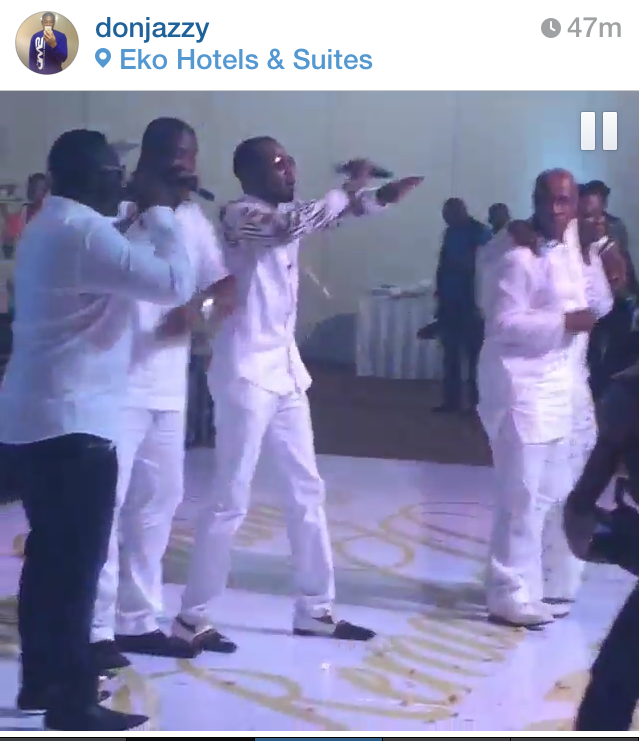 According to witnesses at the event, the musical acts now pursuing individual careers 'really put their back' into the performance.