A Nigerian accountant and part-time pastor in the United Kingdom, Samuel Kayode, has been sentenced to nine years in prison for stealing £4.1million. 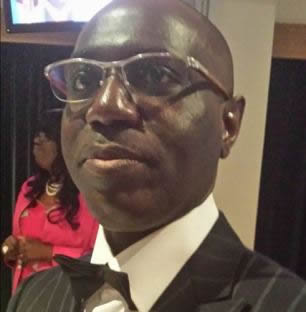 Kayode was sentenced on Friday by Woolwich Crown Court in South London for defrauding Haberdashers’ Aske’s state schools in the UK.

Described as “dishonest” and “greedy”, the court heard how Kayode lavished the stolen money on four women, his wife, Grace; a second ‘wife’ in Nigeria, Olubunmi Halima; and two other women in the UK.

British prosecutor, James Thacker, said he also bought luxury cars including a Mercedes, an Audi TT sports car and an Infiniti car with the money.

The court also heard how for seven years the convict looted the accounts of Haberdashers. He was said to be secretive, locking himself in his office to work late, “after arriving in a Mercedes, wearing £500 Gucci shoes and carrying a Louis Vuitton briefcase.”

Thacker said the father of four from Ilford, East London, was too arrogant to admit his guilt even after he was caught red-handed in 2012.

Kayode tried to blame the crime on his late wife and a junior colleague, saying that they conspired to tarnish his image by transferring the money to his account in revenge for his adultery.

His crime was exposed when a school cleaner stumbled across some of Kayode’s documents. The cleaner was said to make an anonymous call to the schools’ Chief Finance Officer, Yvonne Smithers.
The accounts manager started work at Haberdashers’ – which has links with the public schools of the same name – in 1997.

According to the prosecutor, Kayode started using the BACS money transfer system (a system in the UK for making payments directly from one bank account to another)  in 2006, to put “tens of thousands at a time directly into a joint account held with wife Grace. He then spent up to £98,000 a month.”

Apart from spending money on his wife’s health care until her death in 2013, Kayode also signed documents showing he was making investments with Halima, and renting flats in Kent for ‘partners’ Toyin Lawal and Yetunde Turtak