Diamond Bank Plc and two of its managers, Lasisi Abayomi and Hillary Ojukwu were on Wednesday arraigned before the Federal High Court, Lagos on six-count charge bordering on money laundering.
Others docked alongside the bank and its two managers are Oni Oil and Gas Ltd and Mrs. Lizzy Chinyere Ikenua. 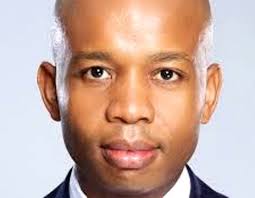 In the said six-count charge signed by the prosecutor, Augustine Nwagu of National Drug Law Enforcement Agency (NDLEA), alleged that the bank and its two managers in August 2006, within the jurisdiction of the court failed to verify the true identity of its customer; Oni Oil and Gas Ltd, Chief Onoche Ikenua (now deceased) and Mrs. Lizzy Chinyere Ikenua before opening an account no. 0212010006203 in favour of the company and entering into other fiduciary relationships with it.

Count 5 of the charge read: “That you Hillary Ojukwu being an employee of Diamond Bank Plc, a financial institution, between August and December 2006 at Lagos within the jurisdiction of this Honourable Court aided Oni Oil and Gas Ltd, Chief Onoche Ikenua (now deceased) and Mrs. Lizzy Chinyere Ikenua to convert various sums of money (amount yet to be determined) being money derived directly or indirectly from a crime to wit: illicit traffic in narcotic drugs, and you thereby committed an offence contrary to Section 17(a) and punishable under Section 14(a) of the Money Laundering (Prohibition) Act, 2004”.

While count-six read: “That you Diamond Bank Plc, a financial institution, between the months of August 2006 to October at Lagos within the jurisdiction of this honourable court failed to report suspicious transactions on account no. 0212010006203 in the name of Oni oil and Gas Ltd, and you thereby committed an offence contrary to and punishable under Section 6(9) of the Money Laundering (Prohibition) Act, 2004”.

All the accused persons plead not guilty to the charge.

After the plea of the accused was taken, the prosecutor, Nwagu told the court that two of his witnesses were in court and he was ready to proceed for trial.

The trial judge, Justice Mojisola Olatoregun Ishola, after listening to the parties, granted the accused bail in the sum of one million each with one surety in the like sum.


The court therefore fixed June 27 for trial.
Posted by MAN ABOUT TOWN at 6:59 AM