Mikel Obi's agent, John Shittu has tied the knot with his fiancee, Vivian Chiologi five years after losing his first wife to the cold hands of death. 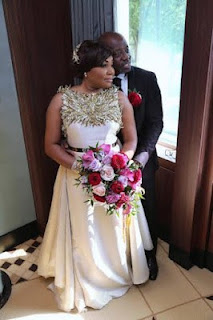 The couple's wedding ceremony held on Saturday June 4, 2016 at the Dorchester Hotel on Park Lane in London, United Kingdom, amidst pomp and pageantry.

Mikel Obi and some other footballers were at the wedding.