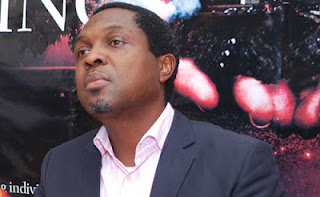 An investigation by SaharaReporters has revealed that officials of President Muhammadu Buhari's administration are blocking an investigation into massive fraud committed by a Nigerian oil firm, Sahara Energy.


Operatives of the Economic and Financial Crimes Commission (EFCC) on May 26 raided the Lagos and Abuja headquarters of Sahara Energy. However, EFCC sources told our correspondent that officials of the government ordered the anti-corruption agency not to publicize the raid.

SaharaReporters learnt that EFCC agents seized computers from the firm, but interventions from high-level officials of the Buhari regime meant that the investigation has not advanced or see the light of the day.


Our sources named Mr. Buhari's Chief of Staff, Abba Kyari, as a key ally of Sahara Energy, and the official behind attempts to scuttle the firm's billion dollar fraud.


The current chairman of the Petroleum Products ‎Pricing Regulatory Agency, Mohammed Buba, who was appointed on May 25 during the labor strike against fuel price increase, was a director at Sahara Energy.


Our sources said that Chief of Staff Kyari had since his appointment worked to shield Sahara Energy from any serious investigation.


Mr.  Buba, who is from Borno State, is one of the Chief of Staff’s closest friends. He was a former MD of  Pipelines and Product Marketing Company Limited, a subsidiary of the Nigerian National Petroleum Corporation (NNPC).


SaharaReporters learned that Mamman Daura, one of President Muhammadu Buhari’s closest friends, is also involved in efforts to cover up investigations into Sahara Energy.


An investigator disclosed that EFCC operatives found significant information regarding how former Oil Minister Diezani Alison-Madueke used the firm to funnel funds to third parties. The source disclosed that the funds in question amounted to close to $400 million.


Sahara Energy is named as one of the firms that reaped hundreds of millions of dollars through crude oil swap deals introduced by Ms. Alison-Madueke during her ministerial tenure.


The former minister's offshore processing agreement with Sahara Energy also involved the owner of Aiteo, Benny Peters, Atlantic Energy, owned by Jide Omokore, and a fugitive oil dealer, Kola Aluko. Investigators believe that the firms made away with at least $4 billion of public funds through the opaque arrangements.


Much of the revelations against Sahara Energy has come from fraud suspects currently under investigation by the EFCC. One of our sources said the informants were amazed that Sahara Energy has so far been shielded from the kind of publicity and shame extended to much smaller players.


Last month, a company registered by Sahara Energy, Actus Integrated, was revealed as having given $60 million through Fidelity Bank to help former President Goodluck Jonathan rig himself into office during the 2015 presidential election.

One source told SaharaReporters that the company might have equally donated heavily towards President Buhari’s presidential campaign through his friend Maman Daura and Chief of Staff, Abba Kyari.

...saharareporters
Posted by MAN ABOUT TOWN at 5:49 AM