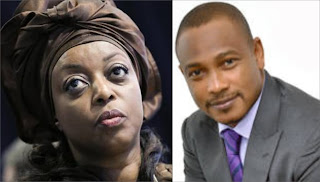 The revelation comes as the federal government of Nigeria this week struggles to release the list of the nation’s looters and saboteurs of the economy, an earth-shaking event the presidency says will happen latest Thursday.

Barely two weeks after Lawal was picked up by the Economic and Financial Crimes Commission (EFCC) the ED has reportedly returned huge amounts of money laundered through him by the ex-oil minister, with whom he was reported to be “extremely close.”


Mr. Lawal is said to have returned millions of dollars to the EFCC as the agency prepared to let him go on oil it was revealed that he had brokered the purchase of Le Meridien Hotel in Port Harcourt on behalf of the ex-Minister.

While investigators reportedly tried to seize the hotel, the Presidency pushed for the refund of the money from its owners, sources said.

SaharaReporters learnt that the owners paid back an amount that was said to be close to N18billion into the federal government recovery account, a story Nigerians will be looking to confirm in the government’s report in a few hours
Posted by MAN ABOUT TOWN at 6:57 AM