The Federal Inland Revenue Service (FIRS) on Monday shut down tax defaulting companies in Lagos State and Imo State. In Lagos, the premises of Capital Oil Plc, owned by business mogul and politician Ifeanyi Ubah, was sealed by the FIRS enforcement team, led by Mrs. Anita Erinne. The staff of the company, which reportedly owes N30 million, were also evicted from the premises. 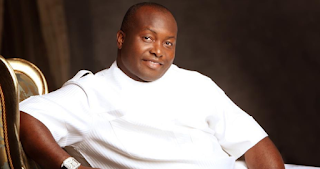 Capital Oil management told FIRS officials that they were ready to pay its tax liabilities. However, FIRS officials said it was not possible because normal banking hours had ended and that they now had to shutter the gates.


Also in Apapa, the FIRS visited the offices of Folawiyo Energy Trading Company along Creek Road. But the company, which the FIRS says owes N450 million in tax since 2013, maintained that it is only owing for last year. The FIRS team did not seal the company, but advised its management to clear the matter up at the FIRS office in Ikoyi.

However, the enforcement team, which was prepared to lock up the company, changed its mind after the company's Chief Financial Officer, Lanre Anafi, agreed to the immediate commencement of the payment process of its N26 million tax debt.

The enforcement team led by Emeka Obiagwu, FIRS Director of Enforcement, departed the premises after reaching a firm understanding with the company that the debt would be defrayed before the close of work on Monday.

In Owerri, capital of Imo State, the FIRS enforcement team sealed the premises of two eateries and hotel. According to the enforcement team, the three outfits were shut after concerted efforts by the FIRS to get them to defray their tax liabilities but failed.‎ The affected outfits are City Chef Restaurant, De Mange Eatery House, and Comet Hotels and Conference Hall.

Speaking to the media after the exercise, FIRS enforcement team leader, Mr. Chinazo Udeh, explained that all due processes laid down by law were exhausted before the businesses were sealed.

"We assessed and gave them notice of what they owe as tax. They did not respond to our communication. This was followed up with two separate reminders. Thereafter, a demand notice was sent to them with all these largely ignored. After the expiration of the one month window following the final notice, we were left with no option but to enforce the law."

At the point of sealing Comet Hotel & Conference, the company lawyer rushed to the bank and paid N70,000. But that, according to the enforcement team, was inadequate to unseal the hotel.

"They just decided to pay N70,000 out of a tax liability of N2.3m. That does not show seriousness. As a matter of fact, the money they just paid is a penalty for an earlier contravention for late registration. They have paid nothing on the Value Added Tax obligations. In any case, the order to deal this place came from our head office,  the order to unseal will also come from there," said Udeh.

The team also moved to Disney Hotels and Oasis Communications to serve reminders.