The Economic and Financial Crimes Commission (EFCC), yesterday raided the Lagos office of the Bank of Industry (BOI), following discreet investigation it had been conducting. 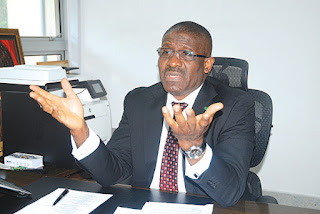 Although details of the raid were still
sketchy, THISDAY gathered from sources that the raid was not unconnected with the allegations of illegal sales of properties and shares belonging to the BOI.
Speaking on anonymity, a source said the EFCC had stormed the Marina office and raided it, searching for documents that would assist their investigation.

It was also alleged that the operatives of the agency had tried to arrest the acting Managing Director (MD), Mr. Waheed Olagunju, but he successfully evaded their dragnet following a possible tip-off.
Having failed to take away the acting MD, the operatives detailed the staff to inform him to report to EFCC office at Ikoyi today.

The source said, “The raid followed investigation into the alleged illegal sale of BOI properties and shares without due process.

Another source who debunked claims that the acting MD evaded arrest, said he was not in office when officials of the anti-graft agency came but was asked to report to the EFCC office.

The source also said that the raid might not be unconnected with the last week’s invitation of the former MD, Rasheed Olaoluwa, by the Independent Corrupt Practices Commission (ICPC).

When contacted, the EFCC Spokesperson, Mr. Wilson Uwujaren, told THISDAY that he was driving and would call back.

Until press time, repeated calls made to him and the EFCC Chairman, Ibrahim Magu, were not answered, neither did the text message sent afterwards generate a reply.

Meanwhile, officials of the development bank explained that the raid was part of the investigation
by the EFCC of the allegation of misapplied funds belonging to the Cement Technology Institute of Nigeria (CTIN).

According to the Bank’s management, in a statement issued by its spokesperson, Mrs. Hadiza Olaosebikan, parties to the transaction have addressed the concerns raised with the new terms reached on how to manage the funds which have grown from N9 billion to N13.2 billion as at last week Friday.

“Indeed, the BoI was appointed as the fund manager by the federal government in 2009 to manage funds contributed by cement manufacturers for the development of human capacity to drive growth in the Nigerian cement industry.

“With the establishment of CITN, a request was made to the BoI for the release of the funds for which the Bank defaulted but had since remedied the situation by applying eight per cent interest on the funds thus accruing to N12.3 billion as at February 2016.