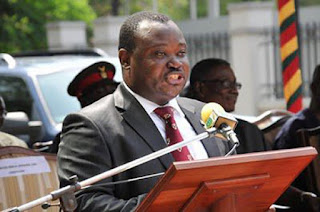 A Federal High Court in Lagos has granted an interim injunction to the Asset Management Corporation of Nigeria to take over some assets belonging to Nigerian businessman, Mr. Jimoh Ibrahim, over an alleged indebtedness of N50bn.


Justice Saliu Saidu, who made the order following an application to that effect by AMCON’s lawyer, Mr. Yusuf Ali (SAN), said the order would subsist until a suit filed by AMCON against Ibrahim and his companies was fully determined.

The companies affected by the seizure order include NICON Investment Limited and Global Fleet Oil and Gas Limited.

The judge also restrained Ibrahim and the companies from making any withdrawal from all their known bank accounts pending the determination of the suit by AMCON.

AMCON claimed that NICON Investment Limited, Global Fleet Oil and Gas Limited and Ibrahim were indebted to it to the tune of over N50bn, resulting in “protracted negotiations and court battles.”

The new application to seize the defendants assets in Abuja, Lagos, Dubai and London, AMCON said, followed its renewed efforts to recover the alleged debt.

The corporation claimed that it is being owed over N4.5tn by about 400 obligors, which it said had become “recalcitrant despite obvious efforts of the corporation.”

“To deal with the situation, however, AMCON recently increased the tempo of its recovery activities using firmer negotiation strategies as well as utilising the special enforcement powers vested by the
AMCON Act to compel some of its debtors, especially those that are politically exposed and business heavyweights, to repay their debts,” it said