The Former Super Eagles Coach, Stephen Keshi, is dead. A tweet on the Nigeria Football Federation’s handle, @thenff, says the legend died in the early hours of Wednesday. 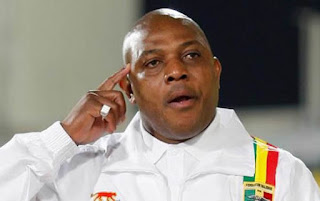 The former international football player and coach, lost his wife, Kate, last year after a prolonged battle with cancer.

Keshi has coached the national teams of Togo and Mali, qualifying the former to the 2006 FIFA World Cup.

In his last job with Nigeria, he won the 2013 Africa Cup of Nations and reached the Round of 16 at the 2014 FIFA World Cup in Brazil.