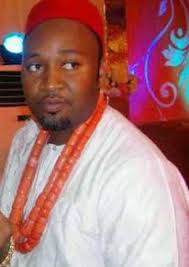 William J. Jefferson was convicted in 2009, and  is currently serving a 13 years jail term for using his office to try to enrich himself and relatives through a web of bribes and payoffs involving business ventures in Africa.


USDOJ government sentencing memorandum shows that one of those African ventures from which One hundred and Seventy thousand dollars($170,000.00) was wired to Mr. Jefferson belong to Aisha M. Buhari.

According to the memoradum, the monies were wired on 26th of June 2002.

Also trial documents obtained by huhuonline.com shows that the disgraced congressman helped facilitate Mr.Kachikwu`s visa from London to the US for a meeting in 2003.

The memorandum pointed out that Mr. Kachikwu testified at trial about a discussion he had with Congressman Jefferson, wherein the defendant asked Kachikwu to form a company in Nigeria to receive the agreed to and expected payment of bribes from Netlink Digital Television (NDTV) that the defendant had solicited.
Excerpt from the government-sentencing memorandum read;

“During the investigation of his numerous bribe schemes, law enforcement agents learned of several wire transfers from offshore territories into U.S. financial accounts that were either controlled by the defendant or whose proceeds were made available for his benefit. See Donald C. Semesky, Jr., Tr. at 104 - 116; see also Government Exhibits 36-87 (6/26/02 $170,000 wire transfer from account in Nigeria in the name of Aisha Buhari to an account in the name of The ANJ Group, LLC, identifying “William Jefferson” as Beneficiary), Government Exhibits 36-90 and 36-91 (11/28/03 $50,000 wire transfer from account in British Virgin Islands in the name of Dawson Creek Traders to an account in the name of Jefferson Interests, Inc.). Law enforcement agents were unable to substantially confirm the source of these wire transactions and have not ruled out the possibility that the defendant controls nominee companies or financial accounts in foreign jurisdictions.

The possibility that the defendant had set up a nominee company and account in Nigeria was also supported by the trial testimony of Dumebi Kachikwu, an executive with NDTV and co-conspirator of the defendant.

See Kachikwu Tr. at 41-43. Kachikwu testified at trial about a discussion he had with Congressman Jefferson, wherein the defendant asked Kachikwu to form a company in Nigeria to receive the agreed to and expected payment of bribes from NDTV that the defendant had solicited. Id.
Given the age of the defendant, the severity of the sentence calculated by the Probation Office, the defendant’s frequent travel overseas and unexplained wire transfers from overseas locations to financial accounts used by the defendant, the defendant cannot rebut the  Presumption at sentencing that he is a risk of flight.”