All You Need To Know About Edo Guber As Osagie Ize Iyamu, Godwin Obaseki Battle To Succeed Gov Adams Oshiomhole...The Story So Far 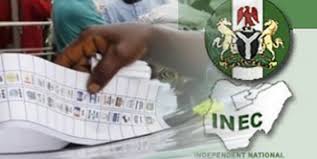 The Edo State governorship election, held on Wednesday, appeared to be a tight race between the candidate of the All Progressives Congress, Mr. Godwin Obaseki, and the standard bearer of the Peoples Democratic Party, Pastor Osagie Ize-Iyamu.


Early results from some wards in the state, which had not been authenticated by the Independent National Electoral Commission, indicated that the two candidates were running neck and neck in the poll.

The two main parties, however, claimed to have gained comfortable lead in the election while accusing each other of planning to rig the poll.

While unconfirmed results showed that the PDP won seven out of the eight units in Ward 3, Uromi in the Esan North-East Local Government Area, where a former chairman of the BoT of the PDP, Chief Tony Anenih, hails from, the APC won one unit.

Also, the APC lost in the polling unit of the National Chairman of the party, Chief John Odigie-Oyegun, where the PDP emerged victorious.

The APC, on its own, won in Ward 7 in the Oredo Local Government Area of the state.

The governorship candidate of the PDP in the 2012 election in the state, Maj. Gen. Charles Airhiavbere (retd.), who is now a stalwart of the APC, led the ruling party to beat the PDP in Unit 18, 19, 20 and 21 of Ward one in the Oredo LGA.

The national leadership of the PDP alleged on Wednesday night that the APC was planning to overturn its alleged victory in the Edo State governorship election.

The party said the results it received from its agents in the state indicated that it was leading the APC with a wide merging in the election.

Spokesperson for the party and member of its National Caretaker Committee, Mr. Dayo Adeyeye, stated this in a statement in Abuja.

Adeyeye said, “Having received results from our agents at approximately 1,800 of the 2,627 polling units spread across the 192 wards in the 18 local government areas of Edo State, we can confirm that our party has attained a near unassailable lead in the Edo State governorship election.

“The results so far confirmed to us that our candidate has garnered approximately 55 per cent of the total votes cast by voters.’’

He alleged that the PDP was aware of the alleged connivance between the state government and a national commissioner at INEC to rig the election in favour of the ruling party in the state.

Adeyeye, a former minister of state for works, added, “We will like to reiterate our earlier note of warning: The Edo people and our party will resist any attempt to subvert the collective will of the people as expressed by their votes today.”

“Eternal vigilance is the price we all have to pay for victory,” he added.

Also in a statement, the state Publicity Secretary of the PDP, Chris Nehikhare, said it was surprised that INEC had delayed the announcement of the results from wards.

He said, “Voting stopped at 2pm and votes were counted immediately at the unit levels. From results made available to us, we are in a very comfortable lead.

“We are, however, shocked that up until now, no ward result has been declared.

‘‘We are aware that the APC and INEC plan to change the results at the collation centres and we wish to want that any change of the results will be met with stiff resistance.’’

But reacting to claims by the PDP, the APC said the opposition party was being mischievous “as usual”.

“From the results I have seen from the field, from where we are monitoring the elections here in Abuja, the APC is in a comfortable lead.

“Out of a hundred, the PDP has not won five, even in units they claim to have won. We are investigating because the number of voters exceeds the number of registered voters per unit.”

Also, the state Chairman of the APC, Anselm Ojezua, dismissed the allegation, describing it as mischievous, since only INEC had the constitutional power to determine the winner of the election.

Ojezua said, “The fact that they are actually making those claims already tells me that there is mischief in the air because it is traditional that even when you know what the situation is, you have to wait for INEC to announce the results.

“If you see the fantastic results that are being posted from certain locations, you know that they could not have been credible. Therefore, I think that what they are doing is just to create more confusion.”

He, however, expressed concern on the announcement of results from the Ovia North-East Local Government Area on the Internet.

Ojezua added, “We are concerned about the figure being circulated on the Internet about the Ovia North-East. Certainly, we are collating the results and we will officially respond.’’

Meanwhile, the Assistant Inspector General of Police in charge of Zone 5, Isaac Eke, described the election as very peaceful.

Speaking through the Police Public Relations Officer of Zone 5, Emeka Iheanacho, in an interview with one of our correspondents, Eke said the election was peaceful.

He said, “The process has been peaceful; there was no hindrance to voters to exercise their franchise.”

A former Governor of Edo State, Prof. Oserhemien Osunbor, commended the security agencies for maintaining peace and order during the governorship election.

He also praised the Independent National Electoral Commission for introducing reforms in to the electoral process.

Speaking with one of our correspondents after voting in Iruekpen, Osunbor, a chieftain of the APC, said the security situation was encouraging.

“The security agencies have done well to ensure peace and order.

“The people are orderly. The electoral process is getting better; maybe people are now used to the system. I’m satisfied. I hope the entire system remains so till the end,” he said.

INEC also denied report of ballot box snatching and gunshots in some polling centres during the Wednesday election.
Oshiomhole had earlier said he received a report that some thugs allegedly snatched ballot boxes at Opoji in the Esan North-East Local Government Area during the election.

Oshiomhole also alleged that the suspected snatchers shot repeatedly before taking away the ballot boxes.

Meanwhile, INEC Deputy Director of Voter Education and Publicity, Mr Nick Dazang, said in an interview with the News Agency of Nigeria on Wednesday:

“I just called Mr. Solomon Soyebi, who is the National Commissioner supervising the election, and he has denied the allegation of gunshots and ballot box snatching at Opoji in the Esan North-East Local Government Area of the state,” Dazang said.

On the reported accident involving a youth corps member serving with INEC, Dazang said he had not heard “any such sad news”, but promised to get back to NAN “if there is anything like that’’.

But INEC Electoral Officer in the Esan West Local Government Area of the state, Mr. Lebari Nduh, confirmed that hoodlums snatched a ballot box in Ward 7 Unit 11 during voting.