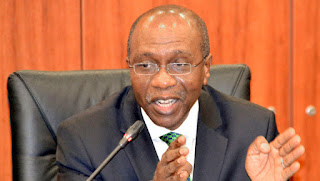 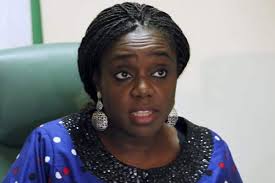 Between Monday and Tuesday, the two top members of the government’s economic team, canvassed opposing views on the best way to grow the country’s economy out of recession.

On Monday, Mrs. Adeosun, apparently voicing the concern of manufacturers, urged the CBN to consider cutting the current 14 per cent benchmark interest rate by banks, to support government stimulus plan to borrow cheap funds locally, to bail out the economy.

Ahead of last Tuesday’s Monetary Policy Committee (MPC) meeting, analysts had expected the CBN to heed the suggestion, to stimulate borrowing from banks to finance productive activities to grow the economy.

However, the unanimous decision of the MPC to keep the prevailing rates unchanged betrayed the lack of consensus among members of the government economic team on the best way to guide the economy out of recession, experts said.

In its resolution, the MPC decided to retain the monetary policy rate (MPR), which sets the lending rate for banks and businesses at 14 per cent.

The committee also kept the cash reserve (CRR), which specifies the minimum fraction of customers’ total deposits commercial banks could hold as reserves either in cash or deposits with the CBN, at 22.5 per cent.

The CBN governor said the MPC’s decision to ignore the Mrs. Adeosun’s proposal in favour of retaining the rates was informed by the bank’s resolve to continue to tighten liquidity in the monetary policy to limit the balance of risks currently weighing against one of its key functions of stabilizing price.

“Both monetary and fiscal authorities have the same intention to achieve growth. But, the direction through which each wants to achieve it may differ, for as long as you still achieve the growth,” Mr. Emefiele said.

He said expectations for reducing interest rate, brings two possibilities – either to spur credits to the private sector at lower rates, or to borrow at lower rates, as canvassed by Mrs. Adeosun and analysts, to spend.
Contrary to these views, he said the MPC believed similar decisions in the past to reduce the policy rate and CRR hardly impacted credits to the private sector.

He said such credits went to traders, instead of real sector development, and traders used them to demand for foreign exchange allocations that were not properly deployed, triggering further pressures on the FOREX market.

Despite requests to banks for proposals for primary agricultural and new manufacturing projects and others capable of spurring industrial capacity and manufacturing output, Mr. Emefiele said what CBN has so far received have been proposals for refinancing the liquidity of the banks.

“That is why the CBN has been a little circumspect about releasing some of those liquidities as expected,” he explained.

Although lowering interest rate would make it possible for government to borrow at lower rates from local financial institutions to stimulate spending and demand for goods and services, the CBN governor argued, not taking action to boost industrial capacity and manufacturing output, could see “too much money chasing too few goods.”

This outcome, he pointed out, would inevitably worsen the spiraling inflationary trend in the economy, currently at about 17.1 per cent.

“That’s why we are saying, while the fiscal authorities are going ahead to spend, the MPC would keep the rates where they are, to tighten liquidity, to encourage inflow of fresh capital to the economy,” he said.

The Chief Executive of Abuja-based Global Analytics Consulting, Tope Fasua, said the blame should go to the Finance Minister.

“The Minister pre-empted the MPC and put them in a tight corner,” Mr. Fasua said. The MPC acted to assert their independence, to show they were not taking instructions from anybody.”

Mr. Fasua said some manufacturers asking for FOREX were in the habit of diverting the allocation for them to import raw materials, to other businesses, and denying the people the benefits of their services.

Odilim Enwegbara, a development economist and analyst, said the CBN was wrong not to have reduced the lending rate, particularly at this period of economic recession, blaming the inability of the MPC to act in that direction on the interest Mr. Emefiele represents at CBN.

“Mr. Adeosun is working for the President, who is under pressure to grow the economy out of recession. But,
Mr. Emefiele is under pressure to protect the interest of the banks, which is his primary constituency. The banks are comfortable if the status quo remains,” Mr. Enwegbara argued.

He said Mr. Emefiele and his team have always held the notion fiscal policy, rather than monetary policy could solve the economic problem.

Rejecting that thesis, Mr. Enwegbara said the CBN always believed foreign investors would be attracted by a regime of higher interest rate to invest in the country, saying this was why President Buhari must intervene and call the CBN governor to order.

“That the Minister of Finance suggested before the MPC meeting there may be a lower interest rate and the CBN ignored showed there is a huge crack in the wall of government economic team,” Mr. Enwegbara said.

“Both the minister and CBN governor supposed to work in harmony at this time. They should be comparing notes all the time, so that when they speak, they do so in one voice and language, without confusion.

“The CBN governor should be complimenting what the Finance Minister is saying and vice versa, to grow the economy. The confusion will bring confidence problems in the policy making by government,” he said.

He criticized the policy stance of the CBN on the issue, saying they were not working in the interest of bringing the economy out of recession.

The analyst, however, regretted there was little the president could do at the moment to correct the conflict of interest situation without amending the provisions of the CBN Act of 2007 to give more powers for him to hire and fire any CBN governor seen to be working against the interest of the people.

“As part of the amendment, government should consider creating the Nigerian banking regulatory commission to remove the banking sector monitoring, regulation and supervision functions from the CBN and ensure nobody comes directly from the banking sector and be appointed CBN governor.

“With such an independent body, it would add that unless a person had been out of the banking industry for at least five years as a former banker, he should not be qualified to be appointed CBN governor, to create some distance between the CBN and the commercial banks interest.” Mr. Enwegbara argued.


Premiumtimes
Posted by MAN ABOUT TOWN at 5:13 AM