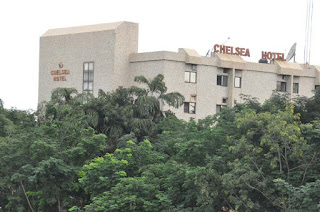 Almost seven years after the Economic and Financial Crimes Commission (EFCC) handed over the N2.8billion Chelsea Hotel to the government of Bayelsa State, the hitherto money-spinning edifice is rotting away in Abuja. 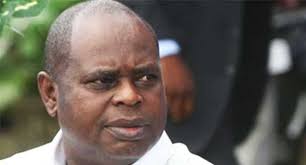 The hotel was seized from the state’s first civilian governor, the late Diepreye Alamieyeseigha.

A Federal High Court, Lagos in 2007 ordered the forfeiture of the hotel by Alamieyeseigha after the ex-governor was sentenced for corruption.

The money was remitted to the Central Bank of Nigeria (CBN), in accordance with the law, for onward delivery to the state government as ordered by the court.

Former EFCC Chairman Mrs. Farida Waziri on September 7, 2009 handed over the hotel to ex-Governor Timipreye Sylva in Abuja. The thinking was that it would be a source of revenue for the state.

Seven years after the asset was returned to the state government, the hotel has become a haven for miscreants, men of the underworld, rodents and reptiles.

Shady activities are being perpetrated at the abandoned hotel, which poses danger to some shopping malls and banks in the Central Business District of Abuja.

Some of the miscreants have stripped the hotel of vital materials, which has no security.

An EFCC source, who spoke in confidence, said: “As at the time we handed over the hotel, in 2009, the asset was worth N2.8billion. We returned the hotel to Bayelsa State with another asset at No. 2 Marscibit Street, Off Aminu Kano Crescent Wuse II Abuja which was valued at N210million.

“We took a step further by instructing Diya Fatimilehin and Co., former managers of the hotel to provide the state with detailed inventory of assets of the hotel.”

“It is unfortunate that nothing has been done in the last seven years. The land where the hotel is sited attracts either up to N800million to N1billion in Abuja. Yet the asset is allowed to lie fallow

“To the source, the fate of the once throwing hotel is a typical case of how the anti-graft war is being “frustrated and rendered meaningless”

“A former Chairman of EFCC, Mr. Nuhu Ribadu worked day and night to bring Alamieyeseigha to justice but the efforts have come to naught,” he said.

Asked if the EFCC can query the state government on why the hotel has been abandoned, the source said: “Well, there is not much we can do because we have done our best.

“The state’s funds were looted and used to buy the hotel; we traced the loot and recovered the assets. It is left to the state to live up to its pledge to make judicious use of the asset or sell it.

“We have been expecting a status report from Bayelsa State on how it has spent the recovered funds and the utilisation of the returned assets.”

Upon the receipt of the hotel in 2009, Sylva said: “The Bayelsa State Government will not be able to manage the assets by itself. The fund that the state government will receive will also go to building what is called the Transparency Plaza, in the middle of the Yenagoa Central Business District, so that this plaza will be a monument that will be a constant reminder of today.

”As soon as the fund is accessed, we will like to ask you to come to Bayelsa State to lay the foundation of this plaza.

“We will welcome your close monitoring of the expenditure of this fund, after all without the instrumentality of EFCC, we would not have accessed this fund, so it is only good that you know exactly what we are doing. We are running an open government; our budget is on the website, anybody can access it. We are fully committed to transparency and to partner fully with EFCC.”

As at press time, rodents  have taken over the hotel.

It was gathered that many posh cars and Sport Utility Vehicles (SUVs) massed up in darkness at the hotel at night for what a source described as “nocturnal deals”.

A concerned bank executive said: “The activities of some miscreants at the old hotel premises constitute security threats to commercial entities in CBD, including choice malls and banks nearby.

“Security agencies and the police should have more than a passing interest in some activities at the old hotel.”