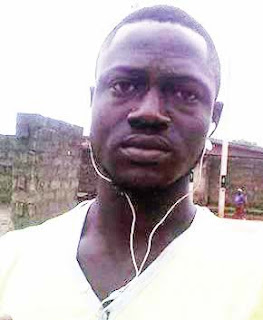 Some land grabbers and their thugs  have invaded the Federal Housing Estate in the Alagbado area of Lagos State, killing Jamiu Olipede, the son of Oba Musiliu Olipede, the Olorile of Itori Oke Egba land, Ogun State.

It was learnt that Jamiu’s death was the culmination of a land crisis in the estate, as the land grabbers had claimed that part of the land on which the Federal Government built the estate belonged to them.

Our correspondent gathered that 29-year-old Jamiu, who stayed on Lewis Avenue, Federal Housing Estate, was shot and hacked to death on Wednesday during another attempt by the land grabbers to enforce a court judgement which purportedly gave them the portion of land.

PUNCH Metro learnt that for some months, the land grabbers had also attempted to eject some of the residents.

It was gathered that on Wednesday, at about 11pm, some of the land grabbers, led by men identified only as Sholebo, Bature, Kosoko again invaded the estate and allegedly went to Jamiu’s apartment on the avenue.

Our correspondent learnt that they allegedly called him out, after which they shot and hacked him to death.

PUNCH Metro gathered that the incident was reported at the Alagbado Police Division.

The monarch, Oba Olipede, said his son had called him on the telephone that some people were threatening him.

He said, “Some people came to his house and asked him to move out. They said they had won a case in court. The men were violent and told my son to pack out or they would kill him. The Federal Housing Authorities sold the land to my son. So, there was no need to argue with the land grabbers. But they brought hoodlums to kill my son.”

A landlord in the estate, who gave his name only as Salami, said the thugs had earlier threatened to evict him and other residents from their apartments.

He said, “That was on September 1, 2016. They were led by one pastor who claimed that they got a court judgment and that I and some other residents should leave our apartments.

“They disconnected the power supply to our apartments. I reported the harassment to the police at the Alagbado division. The Divisional Police Officer invited the land grabbers to his office and asked them to produce court documents to back their claims; but they could not.”

The Lagos State Police Public Relations Officer, SP Dolapo Badmos, confirmed the incident.
She added that efforts were on to arrest those responsible for the killing and their sponsors.

She said, “The victim was killed by some people, led by one Adebayo. Policemen went to the scene and removed the corpse. Effort is on to arrest the ring leader of the group.”