Wave making real estate player, Sijibomi Ogundele is at the centre of a raging battle. 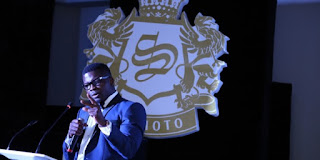 A vicious rumour is being spread about him and his friends have gone to battle to defend him.

Emerging details have it
unfortunately for the man who came with the grand idea of changing the real estate landscape in the country – the development is making investors to be very cautious of doing business with him.

The gospellers of the dark rumour claim his investments are structured to be an endless drain!

‘’They alleged he is sweet talking investors to part with money for a project that is packaged to be a kilamanjaro climb’’ a source started.

The gossips making the round as gone as far as to alleged the promised never before seen high rise he is getting people to dip hands into their pockets to be apart for is yet to even get proper authorisations from the ‘’government’’.

The vicious rumours is particularly woven around the stage and state of the famous Lorenzo building that those not correlate with the unending pitches for investors as well as ceaseless promotional materials going about town.

The dark rumour which also linked funds sourced so far to efforts to maintain a certain kind of lifestyle to retain investors’ confidence and also attract possible sponsor is said to have started creating a buzz of caution around his person.

But friends who claim to know better asserts ‘’it’s all a make up’’.

They are attribute the lull around his ‘’projects’’ to  the ‘’current state of the economy’’.
‘’the real estate business is experiencing a dive and even the blind can see that’’ defenders of Sijimoto asserts.

Societynowng.com learnt added allegations that most of the partnership relationship, especially foreign that Ogundele lay claims to a mirage are just pure ‘’wicked gossips’’ by those tagged envious of his come stay approach and already visible presence.

While those behind the growing gossip claim otherwise, friends of the big time Real Estate player who rose from Agege to Ikoyi with declared ambition to become a reference point world insist it is just a matter of time before his dreams come true.

societynowng
Posted by MAN ABOUT TOWN at 10:34 AM