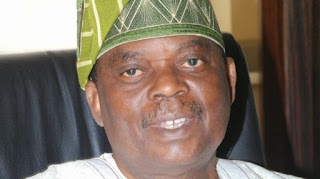 Jones Arogbofa, a retired brigadier and former chief of staff to ex-president Goodluck Jonathan, has been quizzed by the Economic and Financial Crimes Commission
(EFCC), TheCable understands.

Also quizzed are Benjamin Dikki, former director-general of the Bureau for Public Enterprises (BPE), and a former senior official of the ministry of power whose identity could not be confirmed.

They were detained on Friday, September 2, by the anti-graft agency and later released pending further investigation.

They are being investigated over the payment of “phantom” insurance premiums totalling N27 billion for cover allegedly not provided to the defunct Power Holding Company of Nigeria (PHCN).

TheCable could not confirm his role in the premium payment.

No EFCC official was willing to comment on the development.

Investigations by TheCable in June 2015 had uncovered retrospective payments of the insurance premiums in suspicious circumstances.

In insurance parlance of “no premium, no cover”, there can be no insurance cover if premium is not paid ab initio.

Sources at the ministry of  power had informed TheCable that the N27 billion payments were made for covers not provided but memos were initiated, backdated and secretly executed.

The premiums were ostensibly made to insurance firms thought to be fronting for powerful figures in the ministry and at BPE.

Eventually, the money was shared among senior government officials, with some getting as much as N1 billion in the dying days of the last administration, insiders had informed TheCable.

A director at the ministry had said then: “The secrecy that accompanied the development shows that the individuals involved know that when it comes to the open, it will be greeted with outrage. I doubt if the regulators in the power and insurance industries, the Nigeria Electricity Regulatory

Commission (NERC) and National Insurance Commission (NAICOM), diligently looked into these transactions which have ethical and criminal dimensions.”

In a letter dated November 2, 2015 and seen by TheCable, Ibrahim Muhammad Kashim, who retired in June 2015, alleged N27bn premium payments for a “non-existent insurance cover”.

Kashim also alleged that a phantom N1.5bn contract was awarded to a “prominent PDP lawyer” by Dikki to wind up PHCN even when there was no work for the lawyer to do.

thecable
Posted by MAN ABOUT TOWN at 2:45 AM