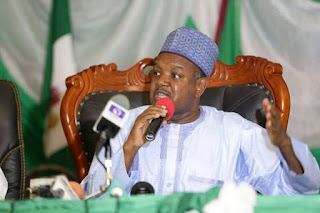 Governor Abubakar Bagudu of Kebbi State has announced the removal of 17 Local Government Sole Administrators in the state.

Bagudu told newsmen after a meeting with the local councils officials on Thursday in Birnin Kebbi that four sole administrators would retain their seats.

He explained that those who were removed had completed the one year tenure approved for them by the State House of Assembly.

The governor further said that the sole administrators were initially appointed to serve for a period of three months which was later extended by the assembly after a request by the executive.

Bagudu thanked the officials for serving the state and said the government would utilise their experiences as appropriate.

He said, “The government will consequently appoint acting caretaker leaders from among appointed councillors of various local government councils.

“The Sole Administrators of Arewa, Kalgo, Koko Besse and Fakai are to continue in office because their tenure has not yet expired.”