How Kidnappers Transform Kogi East Capital Of Their Operations 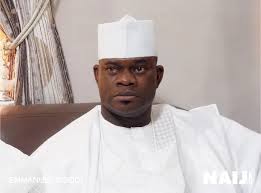 The rate of kidnapping in Kogi State in relative and absolute terms is unarguably the highest in the country and this makes the State easily qualify as the Kidnapping capital of Nigeria. In Kogi State, no one is safe anymore as people are kidnapped for reasons ranging from economic, political and personal grievances.Hardly a day passes in Kogi without kidnapping leaving the citizens in a perpetual state of fear and hopelessness.The disheartening tales of kidnapping for ransoms ranging from mere airtime (recharge card) to millions of Naira have become so common place as to deride even the most sinister of delinquencies.

The situation is not evenly spread within the State. While the menace appears to be abating in the Central and Western flanks of the State, the Eastern flank seems to have established an industry and made a huge trade out of the despicable and cold-hearted disorder.  Kidnapping takes place anytime and anywhere, in places of worship, on the streets, in the hospitals, in homes and even in orphanage homes.The very unfortunate victims lose their lives while the fortunate ones are liberatedafterhuge ransoms from relatives and friends. So bad, it is now a common spectacle in places of worship for people to either give testimonies or do thanksgiving in appreciation to God for helping them through their ordeals in the hands of Kidnappers.

Several attempts made by Eastern Kogites, mostly the  Igalas,to draw the attention of the Governments at all levels and relevant stakeholders to their plights have been either ignored, unsuccessful orstifled. From Itobe/Idah axis through Dekina/Bassa to Ankpa, thehorribleaccounts of kidnapping have become a way of life for the hapless and vulnerable citizens of Eastern Kogi who are momentarily unable to live normal lives and commute without anxiety or dissuasion.

When kidnapping berthedin Kogi State 2013, it was like a minor irritation but because it was hugely ignored it has metastasized into a flourishingtrade. Verifiably,the malady grew geometrically, notching figures hitherto unheard and unseen in Nigeria’s kidnapping history. Some say that the matter was made even worse by the wicked silence of political office holders who used the kidnappers as thugs only to dump them after securing electoral victory. Naturally, with guns and all sorts of arms at their disposal and with some cover from beneficiaries of their carnage, it has become impossible to stop them.

The first reported case of kidnapping occurred in 2013 when one Mustapha was abducted from his residence in Ihima, Okehi Local Government Area, of the state. Unfortunately, like several other victims he was later found dead some weeks later. In August of the same year, the younger brother of the former governor of the state, late Abubakar Audu was abductedfrom his home in Aloma, Ofu Local Government Area of the State. In September of the same year, the bursar of the Federal Polytechnic, Idah, was kidnapped while his younger brother was killed in the process. The bursar was released after three weeks following the payment of a ransom. In February 2014, the wife and daughter of the former Chairman of Adavi Local Government, Salihu Adaviruku were kidnapped from their home. The woman and her daughter spent over three weeks in captivity before they were released after undisclosed ransom was paid to the captors. In March 2014, two sons of the former Speaker of the State House of Assembly were kidnapped from his residence in Okene and were released after two days following the payment of ransom. In May 28, 2014, Hajia Hawawu Bello, mother of the incumbent Governor of the State, Alhaji Yahaya Bello was kidnapped from her Nagazi residence in Adavi Local Government Area.She was also released after the payment of a ransom.

In 2014, the Rector and Registrar of the Federal Polytechnic Idah, Mathew Akpata andAbu Kazim were abducted within the premises of the institution. They were both released after the payment of various ransoms. One of the most dastardly acts was the abduction of an 80-year-old American Missionary, Rev. Phyllis Sortor, whichalmost resulted to an international problem for Nigeria. It took the combined effort of the Interpol and other security agencies including the DSS to secure her release. Upon her release, she was swiftly conveyed to America with aundertaking never to return to Kogi State again. Clearly, no investor or anyone who abhors pain or any form of inconvenience will ever think of investing in the State considering that the authorities appear to either be helpless or unwilling to do anything about the menace of kidnapping in the State.

From 2015 to date, reported cases of kidnapping have soared leaving one to wonder if the Government or the Police truly exist in Kogi State. The situation of unresolved kidnappings as well as the nonchalance of the police makes one wonder if there isn’t more to it than meets the eye which is why quite a lot of people feel the police must have been compromised and in fact are benefitting hugely from this menace.
The rate of kidnapping is so alarming that the Igala risk losing a whole generation of youths that have taken to kidnapping as a means of livelihood and have in fact formed unions, organisations and associations to train interested, unengaged, unemployed youths most of them graduates up to the Masters level. Little wonder the level of sophistication that they kidnappers bring to their operations and management.

While the frustration of victims,  their relatives and friends is understandable, it must be put on record that the ill-equipped police force is doing all it can within the limits imposed by equipment and well-trained man power.  Just last month, the Nigeria Police arrested three members of a notorious gang involved in kidnapping people in various parts of Kogi State.A statement by the Force Public Relations Officer, said the suspects were arrested at Egume and Anyigba Towns in Dekina Local Government Area of Kogi State were they have been terrorising the citizens.

It stated that the operatives were led to the hide-out of the gang by a leader of the gang, who identified himself as Ibrahim Nasarawa.Nasarawa was said to have led the police officers to the place where a man identified as Edward Abutu Amedu was held captive.The names of the arrested kidnapers are: Ojonimi Negedu, Awodi Ezekiel and Michael Sule.

The Police in Lokojathis year also rescued three students of the KogiState Polytechnic kidnapped during a Christian fellowship programme. While in captivity, he said, their abductors called their parents and relations to demand a N20 million ransom for their release. The students were rescued after spending three days with their abductors.
Also, two months ago, the police Command in Lokoja paraded 23 suspected kidnappers arrested from Ejule, OfuLocal government area of the state. Six guns, including AK47 rifles, locally made guns, bullet proof vests, charms, ammunition, weeds suspected to be Indian hemp and a Ford Galaxy bus with registration number Oyo AH 5095 HK were recovered from them.
Nonetheless, no fewer than 1000 persons have been kid­napped with various ransoms paid, without any serious arrest let alone a visible determination to eradicate the crime. Where there have been arrests, the abductors are soon set free to return to their “trade” and even hound those who gave information about them to the authorities.
The kidnappers live in our societies, communities, towns and villages and the truth is most of them are known. These communities are manned by community leaders, religious leaders and traditional leaders and it is surprising that everyone is acting as if the kidnappers are either ghost or from outer space. Everything considered, the unabashed nature of the kidnapping menace in Kogi East is a stirring indictment of the leadership of the Eastern flank of the State and reveals the “I-don’t-care”attitude and the “me-myself-and-I” syndrome of the leaders. Ironically, even the leaders have been highly impacted by the strings of kidnappings as they and their relatives have become prime targets for the abductors.

Piqued by the incessant rate of kidnapping, the administration of Governor Idris Wada, the State Government placed N5m reward for anyone who volunteered information towards the arrest of any kidnapper who had laid siege to the State.

The rate of kidnapping in the state has reached its crescendo. If nothing is done, the battered image of the State will plummet from bad to worse. No one is safe. Fear reigns all over the State to the extent, at a point, the State Commissioner of Police was rumoured to have been kidnapped

The Governor, whoseMother was a victim, said imme­diately after his inauguration on January, 27,that he would swing into action to arrest the crime rate in the State through an effective mobilization of the security agencies in the State as well as through a strategic alliance that makes crime unattractive in Kogi State.  That is yet to be seen in the face of rising anxieties about the escalating rate of kidnapping in the State.

At the moment, there is intense apprehension and palpable fear so much so that it is more now an issue of when and not if there would be another victim. Individuals in the state now live in fear as they and their family members are the target of the kidnappers, who hold their victims and use them to negotiate for huge ransoms. Every victim’s family always pays huge sums as ransom to secure the release of their loved ones making the “trade” lucrative for the perpetrators and co-travellers which include the police, vigilante group and traditional leaders.