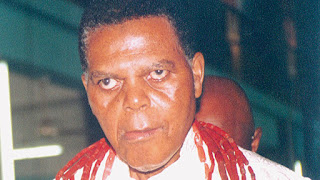 According to family sources, the business mogul died in Maryland, United States.

Only five weeks ago, one of his brothers, Olorogun Felix Ibru, a former governor of Delta State, was buried.

Another of his brother, The Guardian publisher Alex Uruemu Ibru, died on November 20, 2011.


The late Michael had been suffering from an undisclosed ailment at least in the last 10 years.

A businessman per excellence, he was head of the Ibru Organisation, one of the largest conglomerates in the country.

The late Ibru was born to the family of Peter Ibru, a missionary worker, who also worked at the Igbobi Orthopaedic Hospital, Lagos. After his secondary education at Igbobi College in 1951, he joined the United African Company (UAC), as a management trainee.

In 1956, a few years after joining the U.A.C, he dropped out of the company and started a partnership, which he called Laibru. The corporate entity was in partnership with an expatriate, Jimmy Large. After engaging in general trading with some success, in 1957, Michael Ibru discovered that the frozen fish market was a fertile, with the potential to deliver returns above the market rate.

To trade in seafood, he established an importing company; he also rented and built cold storage facilities across the country. By the mid-1960s trading fish had become the traditional money spinner for the Ibru organisation. Though he had other profitable interests such as transportation and construction, fish trading helped the late Ibru secure financing to engage in large scale trading.

He established a partnership with a Taiwanese company, Osadjere Fishing Company, which provided trawlers and other accessories for trading. By the end of the 1960s, the late Ibru branched out fully into other areas of the economy. Like a lot of his contemporaries, he established a transportation company, called Rutam. He also invested in palm oil production. Over the years, the Ibru Organisation expanded into other areas such as tourism, brewery, timber and poultry.

The late Chief Ibru was known as an entrepreneurial figure who created one of the largest modern Nigerian owned groups with other figures such as the low key Bode Akindele.

He was married to Cecilia Ibru, former managing director of the defunct Oceanic Bank. She was one of his five wives. He had 17 children, according to Wikipedia.Two of his prominent sons are Olorogun Oskar Ibru and Oboden Ibru.


The late Ibru also had a brief foray into politics when in 1983. He was a governorship candidate in the defunct Bendel Stat which today is split into Edo and Delta State, but lost to Chief Samuel Ogbemudia.

He was also a member of the Liberal Convention and the New Movement, which metamorphosed to become  National Republican Convention (NRC), one of the two political parties in the military President  Ibrahim Babangida’s aborted Third Republic between 1990 and 1993.


thenation
Posted by MAN ABOUT TOWN at 1:38 AM