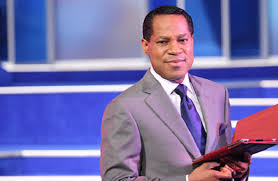 Letsego is of the Christ Embassy, a church founded by Nigeria’s Pastor Chris Oyakhilome.


According to a report monitored on South Africa Live Monitor, Letsego committed suicide after he mistakenly sent pictures of his penis to his church WhatsApp Group.
Letsego, who is married, was said to have thought he was sending the picture to his lover, who happens to be a member of the church.

The lover has been identified simply as Miriam.
To make matters worse, Letsego was said to have titled the picture: “Wife is away, it’s all yours tonight.”

Members of the church who were on the WhatsApp group were said to have expressed shock and outrage at the development.

After he realised his mistake, Letsego was said to have immediately exited the group and stopped answering his calls.

He was found 24 hours later hanging in his rented church house.
A member of the church told South Africa Live Monitor: “Pastor’s antics have always been a cause for concern.

“He was always seen in the company of one of the deaconesses named Miriam and we suspected there was more to their friendship than meets the eye.

“Quizzed by his wife and congregants, he would shrug off the allegations and say as a Pastor he was a father to everyone and Miriam was his favourite daughter.
South Africa Live Monitor said efforts to get a comment from Christ Embassy Officials were fruitless as at the time of going to press.

theelites
Posted by MAN ABOUT TOWN at 2:00 AM