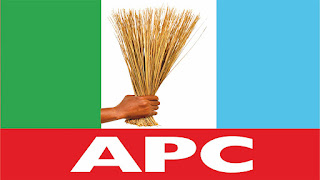 Members of the National Working Committee of the ruling All Progressives Congress (APC) have failed to reach a consensus on the outcome of the recently-conducted Ondo State governorship primary election.


For more than three hours, members of the NWC, led by the party’s National Chairman, Chief John Odigie-Oyegun, deliberated on the committee report, which was said to have been submitted last week.
Although none of the NWC members spoke on the outcome of the parley, Odigie-Oyegun disclosed that deliberation on the issue would continue at the national secretariat of the party in Abuja today.
In the meantime, the National Conscience Party (NCP) in Ondo State yesterday held its primary election.
The primary, which was monitored by representatives of the Independent National Electoral Commission (INEC), produced Mr. David Oluwasuyi as the party’s standard-bearer for the November 26 governorship election.
Also, the South-West Chairman and Deputy National Vice Chairman of the NCP, Mr. Abdulwaheed Lawal, has accused some political parties of practising money-bag politics.
Lawal, who spoke at the primary election in Akure yesterday, said: “We don’t have money to share, because the bigger parties have monitised everything.
They thought they can use money to buy the people’s conscience but this time around, it cannot be possible for them.
“We want our people to reject them with their money and vote a right candidate presented by the NCP.”
However, the Publicity Secretary of the APC in the state, Mr. Abayomi Adesanya, has refuted the claim, saying the ruling national government has turned the fortunes of the country around.
He added: “The NCP leaders were talking just to be heard. They are ignorant of the condition of the country when the APC came to power last year. So, we thank God that the administration of President Muhammadu Buhari is putting the country back to the right track.”