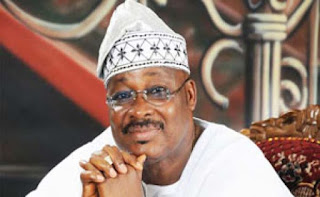 Citizens Action to Take Back Nigeria (CATBAN), a civil society organisation, has warned Abiola Ajimobi, governor of Oyo state, to reopen Ladoke Akintola University (LAUTECH) or they will “occupy and shut down the state”.

A video clip of an altercation between Ajimobi and LAUTECH students has since gone viral.
The students were protesting the closure of the university for the past eight months.


In a statement on Thursday, Ibrahim Garba Wala, convener of the group, said the governor should also withdraw his “insulting remarks” and apologise to the students.
He said that Ajimobi displayed “rascality by saying all sorts of provocative things, including calling on the students to start a riot” instead of behaving in a “dignified manner as the leader and constituted authority.”
“Therefore, we are giving Governor Abiola Ajimobi of Oyo state seven days to withdraw his insulting remarks and apologise to LAUTECH students for treating them with such disdain. We are also demanding that LAUTECH be reopened in the next seven days, failure to which we would be forced to #OCCUPY and shut down Oyo state,” the statement read.
“We also want to strongly caution the Oyo State Governor from future reckless display of impunity and power towards Nigerian youths, who are the bedrock of this nation and on whom the future rests.”
Describing the video clip as “unfortunate”, the group said Ajimobi wanted everyone to worship him as the “ultimate god of Oyo state”.
“Governor Ajimobi was surrounded by heavily armed security personnel who were positioned to shoot without provocation, an obvious sign that the governor’s arrogant, inciting remarks were fuelled by his belief that he was well-protected by security agents paid with proceeds of tax paid by those who voted him into office, who also look up to him for protection and better welfare.
“It should be recalled that LAUTECH has been shut down for over eight months due to lack of funding to the university, and as a result lives of thousands of students temporarily placed on hold.
“It was in an effort to demand for the reopening of their institution so their lives could proceed positively in their quest to better themselves that the students protested to the governor of their host state that faithful day.”
LAUTECH is owned by the governments of Oyo and Osun state, both of which are cash-strapped to run the institution.
thecable