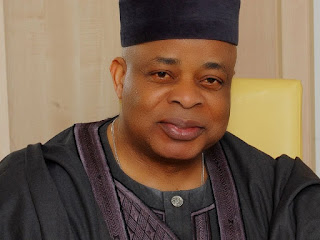 The development followed the commencement of the party’s re-registration exercise in Enugu State and other parts of the South-East. THE PUNCH had, earlier, exclusively reported that the APC in the South-East was embarking on a fresh registration exercise, following the crash of the party’s database in the zone, which led to the disappearance of records of registered members.
Nnamani’s registration was witnessed by some leaders of the party in the zone, including Vice Chairman, South-East, Chief Emma Eneukwu, Director General of Voice of Nigeria, Mr. Osita Okechukwu, chairman of Enugu State chapter of the party, Dr. Ben Nwoye, and the chairman of the registration committee, Rev. Tony Ibeabuchi.
A broom was presented to the former Senate President after he registered as a member of the APC.