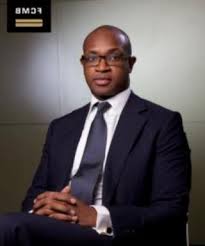 
The News Agency of Nigeria reports that the two FCMB employees, who allegedly connived with some CBN staff, are Kehinde Fatokun and Olukunle Sijuwade.

Testifying before Justice Joyce Abdulmaleek, the witness said that 10 boxes which were supposed to be containing N10 million each meant to be destroyed were either replaced with cut newspapers or lower denominations.

Mr. Igbosanu added that the CBN lost a total sum of N54 million to the short change because the accused persons only left N46 million in lower denominations to be destroyed.

He further stated that prior to the isolation of the 10 boxes in August 2014, a box sent from FCMB was discovered to be containing cut newspapers instead of N1,000 denomination notes.

According to the witness, the inspection of the boxes was done in the presence of representatives of the Economic and Financial Crimes Commission (EFCC) and other stakeholders.

Justice Abdulmaleek, however, adjourned the case till February 27 for continuation of trial.

Messrs. Fatokun and Sijuwade as well as Kolawole Babalola, Muniru Olaniran and Kayode Togun had since 2015 been standing trial over multiple charges bordering on conspiracy, forgery, stealing and recirculation of mutilated N8 billion at the Ibadan branch of CBN.