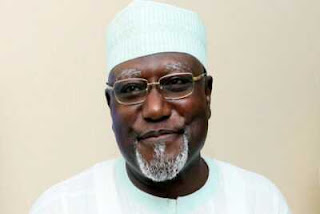 The Department of State Security Services (DSS) yesterday implicated a Southsouth governor in a subversive plot against the Federal Government.
It also accused the governor of allegedly sponsoring those behind demanding the resignation of its Director- General, Mr. Lawan Daura.
The governor was said to be under investigation also for sponsoring violent demonstration.
A top official made the disclosures at a confidential briefing in Abuja against the backdrop of a protest on Monday by a pressure group, Lawyers in Defence of Democracy.
The official said unknown to Nigerians
, the Monday protest had a hidden agenda.

The highly-placed source said: “The Monday protest by the so called Lawyers in Defence of Democracy was misplaced. We believe that that protest by the group, claiming to be acting on behalf of some aggrieved lawyers and Human Rights activists, has other hidden motives.
“The protesters’ main grouse was that some lawyers who are members of their group are being detained by the DSS. I wish to state categorically that no lawyer is in our custody. I repeat, no lawyer is being detained in DSS custody.
“The names like Ugochukwu Apumaga, Emeka Dibia and Ejike Nwachukwu that were paraded on Monday by the protesters as members of their group are not lawyers.
“They were arrested by the service for their role in the botched moves by a South-South Governor to orchestrate violent demonstration with inciting and subversive posters.
”Ikenga Ugochukwu was arrested with the trio.This is no longer secret because it was made public by the Service.
“In any case, the Service is not known to be in denial of any arrest it had ever made as it always avail members of the public of those it arrested and the reasons.
“It is therefore curious and even strange if these organizations being mentioned are not pseudo organizations being used by Ikenga, to carry out paid jobs
“As far as the Service is concerned, there is no lawyer in detention and if these persons mentioned are lawyers, it will be helpful if any discerning person can inform the Nigerian public when they were called to the Bar or which law schools or Universities they attended.”
The DSS attributed the calls for the removal of its DG to the alleged subterranean activities of the governor.
The official added: “The entire campaign of calumny and calls for the resignation of the DG DSS are not supported with facts.
“They represent a familiar pattern from Ikenga, who is being sponsored by a South-South governor (his benefactor in Rivers state) to orchestrate violent demonstration to paint security agencies and government in bad light.”


thenation
Posted by MAN ABOUT TOWN at 9:35 PM