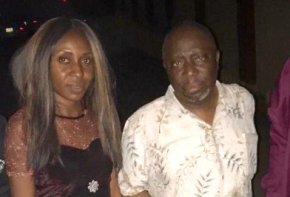 The police in Abuja have released the two PREMIUM TIMES journalists that were arrested on Thursday afternoon.

Dapo Olorunyomi, publisher of the newspaper, was arrested alongside the judiciary correspondent, Evelyn Okakwu, at around 5:00 p.m.

They were released on bail and instructed to report at the FCT Police Command Headquarters by 8:00 a.m. Friday morning.

But a highly-placed police source said the invitation could be a ploy to detain the journalists for an extended period.

The police source said there are chances that the two could be taken before a Magistrate’s Court.

“From what I understand, if they report tomorrow morning, they will be taken to a Magistrate’s Court and arraigned before a judge that will readily comply with the police arrangement and grant order for them to be detained,” the source said. “That way, they can then claim to be detaining them legally.”

The development has sparked widespread condemnation, with the Amnesty International promising to launch an investigation into the motive behind it.
The journalists were arrested after several plain-clothed officers raided PREMIUM TIMES office.

The newspaper’s managing editor, Idris Akinbajo, hailed the “overwhelming” support from Nigerians and readers around the world.
He said the paper would release a full statement after the journalists meet the police Friday morning.