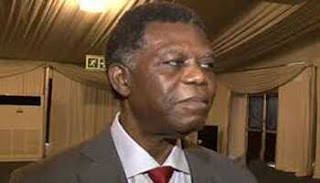 Ikeja Hotels Plc Chairman  Mr. Goodie Ibru has resigned from office.
It came barely two months after securing victory in court as the authentic chairman of the hotel.
Ibru, recipient of the national honour of Officer of the Order of the Niger, said he decided to take the move in the interest of the company and the Ibru family.
Ibru, in a statement, anchored his decision on the need to
get Ikeja Hotels to perform statutory functions, which have been impossible as a result of multiplicity of law suits by shareholders in the contest for the management and control of the company.

He was unhappy the company was recently delisted by the Nigeria Stock Exchange, adding that he could no longer watch the company and its shareholders, who kept faith with the firm, continue to suffer due to the board crisis.
He stated that the decision of Justice Kafarati of the Federal High Court, Abuja, confirming him as chairman “vindicates his struggle for corporate governance and provides right timing for him to retire as founding chairman after 32 successful years in office”.
He called on the younger generation of Ibrus to work with other shareholders to continue to carry on the torch of excellence for which Ikeja Hotels was known for.
He added that the Ibru family has gone through a tough phase in the recent past and as the only surviving son of the first generation of Ibrus, he “is more committed to working with his sisters on keeping the family united”.
The statement ended on the assurance that the company will in due course release further details of his retirement.


thenation
Posted by MAN ABOUT TOWN at 10:58 PM