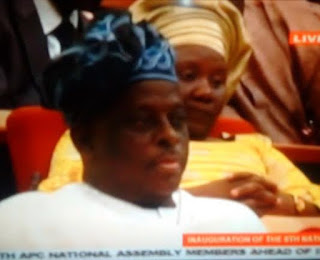 Kashamu, who is fighting extradition to United States over claim he headed a heroin trafficking ring in the US in 1990s said Fayose, and others he failed to mention were behind the efforts to extradite him.
He stated that his ‘enemies’ were not comfortable with his popularity which was brought about by his generosity, and so want him dead.


“You see, when you are good and generous, when you have genuine interest in the plight of the poor and you empower them, some people don’t like that and they are not comfortable with it, so they look for means of stopping you by all means, but the Almighty is the custodian of power and in Him I put my trust. Some politicians believe I am too powerful, popular and influential. There is no way you will be in politics, especially at my level and not step on toes…
“They want my enemy to die, they desire terrible thing for the enemy of Kashamu not me, but I thank God for always keeping and protecting me, regardless of the machinations of enemies…They are many and they are everywhere. They are in Ogun State, they are everywhere. I do know that the Ekiti State Governor, Ayodele Fayose is one of them,” Kashamu told New Telegraph.

Hitherto, Fayose and Kashamu were friends. They presently belong to different factions of Peoples Democratic Party, PDP. While Fayose is in Ahmed Makarfi led faction, Kashamu who represents Ogun East in the Senate is in Ali Modu Sheriff’s camp.
Posted by MAN ABOUT TOWN at 8:07 AM