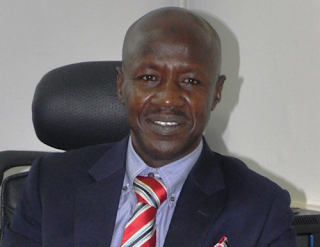 Forces against the Senate confirmation of Mr. Ibrahim Magu as substantive Chairman of the Economic and Financial Crimes Commission (EFCC) appear to be unwilling to back down, The Nation can now reveal.
They are even contemplating heading to the courts to ensure that Magu does not get the job.
His initial nomination was shot down last December by the Senate citing a security report by the Department of State Security (DSS).
The Senate in a 14-paragraph confidential report Magu had failed the integrity test and that if confirmed, he could constitute a liability to the anti-corruption drive of the administration.
An unperturbed President Muhammadu Buhari
represented Magu’s name to the Senate for confirmation only for some governors to join the gang-up to stop Magu.

Sources said their anger with the anti-corruption chief stemmed from EFCC’s probe of the handling of the bailout funds released to 35 states as refunds of deductions on the London-Paris Club loans.
A total of N388.304billion was released to the states mainly to settle arrears of workers’ salaries.
A substantial part of the money has ended up in wrong quarters,it was gathered.
About $10million of the amount is believed to have been cornered by a Southsouth governor who handed it over to his US-based mistress for laundering abroad.
The woman however played a fast one on the governor and diverted the money to her own use.
Investigation by our correspondent revealed that those involved in the Stop Magu campaign have been holding consultations on a regular basis to ensure that they frustrate the confirmation process.
A source in the Senate said:”They (anti-Magu forces) are even more enraged that the President ignored what they considered to be a damning verdict on Magu by the DSS, and represented his name to the Senate for consideration.
“ Not a few are even angry at the insistence of the presidency to force the choice of Magu on the legislature.”
THE PLOT
For now,the objective of the Stop Magu campaigners is to ” paint the current situation as a face-off between the Presidency and the National Assembly.”
“Efforts are being made to incite the lawmakers against the decision of President Buhari to re-present Magu’s name. Senators are being encouraged to see it as an affront on the legislature by the presidency,” the source said.
“Now we are daily being told to go all out and protect the independence of the legislative arm of government against interference by the executive. We are even made to believe that the decision to send back Magu’s name after the Senators initial refusal to confirm him upon his appearance is an attempt to arm-twist the National Assembly to accept whatever the presidency desires.”
The Senate is in possession of fresh petitions detailing new allegations against the EFCC boss ahead of his re-appearance before the Red Chamber.
It is all part of the effort to stop Magu,the source said,adding:”Let me say this, but with caution though. I say with caution because the appropriate office is yet to brief Senators officially.
“But I am aware of talks of fresh petitions being received against the confirmation of Magu as EFCC boss. Aside the DSS report that nailed him the last time, it appears he will have some explanation to make whenever he appears before us.
“From what I learnt, the new petitions contain weighty allegations. Of course, the Senate will be properly guided by the rules in handling the matter. It is not for me to say whether the allegations are true or false. But I can tell you that we will expect the nominee to painstakingly convince us of his innocence in all the matters raised against him.”
Another source said: “Magu’s problem is beyond just the National Assembly.”
“As we speak many prominent individuals even outside the National Assembly have joined the gang of those who are opposed to his confirmation. And these people are determined to stop him from becoming the substantive chairman of the commission,” the source, a Senator from Ogun State, said.
“In the last few weeks, especially after the Presidency re-presented his name for the EFCC job, several meetings have been held and several text messages sent; this is one of such (showing our correspondent a text message on his handset which itemized some reasons why Magu must not be confirmed).”
On the plan to go to court to challenge Magu’s nomination,the source said: “It may interest you to also know that plans are on by a group of anti-Magu forces to get the judiciary to stop the senate from confirming him.
“In a matter of days, they will head to court to get an injunction restraining the National Assembly from confirming him. Their argument is that he has been indicted by the DSS report and as such, he is constitutionally unfit to hold such a position until he clears himself.


“A fellow Senator who attended a parley in Abuja on Monday where the issue was discussed told me. He also said that some leading members of both arms of the National Assembly, as well as other notable Nigerians, are part of the plot to stop the confirmation of the EFCC acting chairman by the Senate.”
Posted by MAN ABOUT TOWN at 8:02 AM