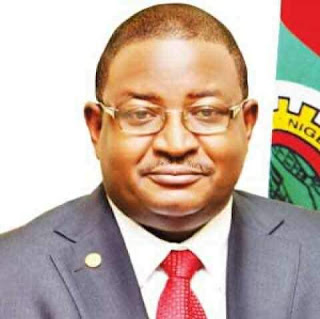 Economic and Financial Crimes Commission (EFCC) operatives raided the home of Andrew Yakubu, former General Managing Director of the Nigerian National Petroleum Corporation (NNPC), in Kaduna city on Thursday.
The agents recovered $9.2 million from Mr. Yakubu's safe and an additional
£72,000. The EFCC said it was the largest sum of cash the commission had recovered in recent weeks.

Mr. Yakubu was arraigned in June 2016 on allegations of money laundering.
He served as GMD of NNPC from 2012 to 2014 during the Goodluck Jonathan administration. Premium Times reported in 2014 that the embattled GMD was sacked after then Minister of Petroleum Resources Diezani Alison-Madueke accused him of insubordination.

saharareporters
Posted by MAN ABOUT TOWN at 11:01 AM