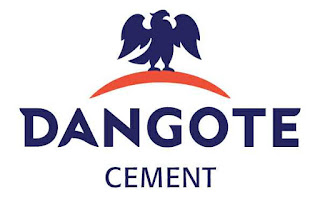 Sacked truck officers of Dangote Cement Plc. have accused the company of failing to honour the terms and conditions on which they were employed.
Amid solidarity songs, the aggrieved workers stormed the company’s head office at the Union Marble House on Alfred Rewane Road, Falomo, Ikoyi, Lagos, on Thursday to protest against the alleged contract breach.
They said the company had, through
an advertisement in April 2015, engaged them to manage a truck each, with a promise that each worker would be entitled to N60,000 per month, N90,000 performance bonus, monthly 30 per cent of annual salaries as medical allowance and go with the truck managed after meeting a mileage of 400,000 kilometres.

A truck officer was expected to supervise a driver, monitor the loading and delivery of goods, as well as the condition of the vehicle, among others.
The workers said after they resumed work in May,  2015 the company increased the number of trucks under their supervision to six to an officer without a commensurate increase in their salaries, lamenting that the company paid the bonus once before the sudden termination of their appointment on February 4, 2017.
Displaying placards with inscriptions such as, ‘Dangote deceived us into fraudulent scheme and unilaterally cancelled the scheme,’ and ‘Dangote, pay our unpaid performance bonuses now,’ among others, the protesters submitted a petition, stating their demands to the company.
The petition read in part, “On Saturday, February 4, 2017, we were suddenly summoned by our management via Whatsapp to report to the plant for a very important meeting. To our surprise, armed military and policemen were stationed at strategic positions on the premises. It was then that they started distributing termination letters, forcing us to submit our identity cards and other company belongings. Despite the hard work put into the company, we were treated like common criminals.
“Since the management broke the agreement by terminating our appointment without notice as stated in the original contract papers, each of us is entitled to compensation of not less than a month salary in lieu of notice. All our performance bonuses should be paid multiplied by the number of trucks managed by each truck officer immediately. Our salary should be multiplied by the number of trucks managed by each truck officer on a monthly basis. The company should pay the outstanding balance of our bonuses.
“Our 30 per cent medical allowance should be paid in line with the number of trucks managed. The management should enter into negotiation with workers to either give the trucks to the workers or pay compensation in lieu of the trucks and issue a written apology to the workers for the harassment and victimisation.” 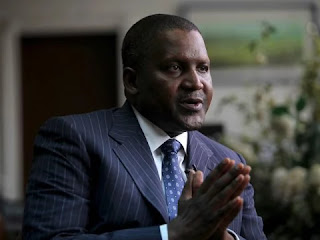 The Chairman of the truck officers, Abubakar Ibrahim, said the workers would sustain the protest until their demands were met. He stated that 800 graduate workers deployed in Dangote’s factories at Ibeshe and Obajana were affected.
“We were employed on the agreement to meet 400,000 kilometres mileage and go home with a truck. As soon as we were engaged, they started changing the rules. After two weeks of work, the agreement was changed to an offer of appointment that came with different sets of conditions.
“But one thing that was constant in the agreement was that a truck officer would manage one truck at any given time. After two weeks, the one truck was increased to four trucks with no commensurate increase in the payment. By September, it was increased to six trucks per person to manage. They promised bonus but they paid once,” he added.
A worker, Niyi Ogunniran, a graduate of political science, who was recruited in September 2016, said he spent a lot to relocate his family to Dangote factory’s host town, Ibeshe, Ogun State, where he was posted.
He said, “Majority of us left where we were working before. I was a radio presenter. I resigned because of this scheme. We were employed to manage a truck and own the truck after it covers 400,000 kilometres so that we can be self-employed.”
Ufere Ikenna, a graduate of Economics, said, “We know the importance of being an entrepreneur. We know what we need to drive the economy today is entrepreneurship. That was what prompted me to leave my previous job and join the company. Since I resumed for work on May 13, I was only paid N43,000 bonus once.”
The Publicity Secretary, Campaign for Democratic and Workers’ Rights, Chinedu Bosa, urged labour movements in the country to come to the aid of the workers.
He said. “In a humiliating and demeaning manner, the management called all the workers, and forced them to sign disengagement letters which were not earlier disclosed to them. That conduct is in violation of the rights of the workers. We are calling on the Nigeria Labour Congress, United Labour Congress, and Trade Union Congress to come to the aid of the workers.”
The lawyer for the protesters, Ayo Ademiluyi, said the company’s conduct violated extant laws of principle of contract and asked the management to implement the agreement to the letter.
“Business cannot be run on the basis of deceiving the public. You cannot make an offer that you won’t honour to the world; people left their means of livelihood and families to commit themselves to this agreement. The company cannot breach the agreement unilaterally at this time,” he added.
The Group Head, Corporate Communications, Dangote Group, Tony Chiejina, who addressed the protesters, promised that the management would hold a meeting with their representatives.
He said, “The demands are here; we will look at them and on Monday, we will meet.”