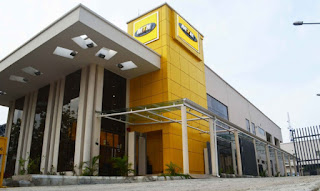 A Federal High Court sitting in Kaduna on Monday ruled that it has jurisdiction over a suit before it against MTN.

The case was instituted by Umar Tata, the governorship candidate of APGA in Katsina State during the 2015 general election.

Mr. Tata is accusing the telecommunication company of negligence, which
caused him to lose the governorship election.

The plaintiff told the court that his GSM line number 08033223322, maintained and controlled by MTN was cloned and used to send voice and text messages across Katsina State that he has withdrawn from the race.

Mr. Tata contended that the MTN was negligent in allowing its network to be tempered with, adding that the negligence aided or abetted the cloning of the GSM number through 08034542945 which conveyed the voice and text messages.

He stressed that the false voice and text messages made him to lose the goodwill of his supporters and followers and consequently lost the election.

Mr. Tata, therefore, prayed the court to among other things mandate MTN to pay N27 billion as payment for damage to his personality, N350 million for expenses incurred during campaign and N1 billion for the psychological trauma he suffered.

The counsel to the defendant, Nathan Dadien had asked the court to strike out the case for want of jurisdiction.

Mr. Dadien argued that the Federal High Court does not have jurisdiction to hear the case based on Section 251 of the Constitution of the Federal Republic of Nigeria, 1999 as amended.

According to him, the section which confers jurisdiction on the Federal High Court clearly does not include dealings on any case of simple contact, damages or negligence.

He therefore, asked the court to strike out the case.

On the contrary, counsel to the plaintiff, Mas’ud Aladewele, argued that the court has jurisdiction by virtue of the additional jurisdiction conferred on the court by an Act of the National Assembly.

He said that Section 138 of the Nigerian Communication Act, Cap 897, Laws of the Federal 2004, stipulates that the Federal High Court shall have exclusive jurisdiction over all matters in the act.

In his ruling, Justice Suleiman Shuaibu upheld the argument of the plaintiff and declared that the court has jurisdiction to hear the case.

He explained that case is a dispute between a telecom service provider and a customer, upon which section 138 of the Nigeria Communication Act becomes relevant.

“The section is therefore, additional jurisdiction and independent of section 251 of the constitution, ” he said.

Mr. Shuaibu adjourned the case to February 27 for hearing.
(NAN)