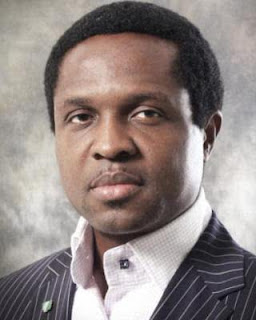 A Federal high court sitting in Lagos, south west Nigeria has ordered interim attachment of all funds and stakes accruable to an Oil company, Enageed Resources Ltd (a member of Sahara Group), covering Oil Prospecting Licence (OPL) 274, due to non payment of $1.9 million.
The court also restrain the directors and officers of the company owned and controlled by three Nigerian businessmen, Cole Tonye, Shonubi Temitope, and Odunsi Ade from receiving payments from 12
banks filed before the court, pending the final determination of the case.

The order of the Court was sequel to an ex-parte application filed and argued before the court by a Lagos lawyer Barrister Uche Obi, SAN, on behalf of a limited liability company HOBARK International Limited. In an affidavit sworn to by the finance Manager of the company, Godwin Eteidung, it was averred that Enageed resources Ltd pursuant to partnership with Nigeria National Petroleum Corporation to production sharing contract covering Oil Prospecting Licence (OPL) 274, the company executed a services agreement with Hobark company for the provision of Rig Personnel to Enageed company in Oki and Oluegi located at OPL 274 to conduct Petroleum operations
Hobark submitted invoices totaling the sum of $2.7 million, to be settled from the account of Sahara Energy Field Limited as agreed after the completion of the job, but the respondent was able to make partial payment of $554,821.72 leaving outstanding balance of $1.9 million.
Despite repeated calls and demands, Enageed Resources has refused and is unable to liquidate its outstanding debt till date.
Consequently, the court was urged to issue order freezing the company’s funds and its stakes in Oil Processing Lincense 274 the subject matter of this suit in order to prevent the respondent from removing all its assets from the jurisdiction of the Court.
The Presiding Judge, Mojisola Olatoregun, while adjourning till 20th of February, 2017 for the hearing of the winding up petition, restrained the directors and officers of Enageed Resources Limited from receiving payments from 12 banks listed before the court. The court also ordered that the company’s funds in such banks should be attached.
The court also ordered that all stakes and funds accruable to the respondent from the production sharing contract covering Oil Processing 274 in which the petitioner is the appointed contractor should be attached pending the determination of the suit.