It takes time to cook a tasty broth and even greater passion, skill and time to erect an architectural masterpiece. This perhaps explains SIFAX boss, Taiwo Afolabi’s long delay in executing his hospitality franchise, the Marriott Hotel, in Ikeja, Lagos. 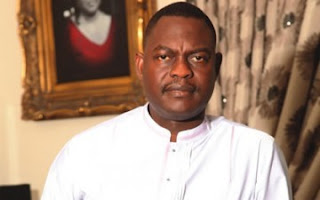 Two years after the Marriot Hotel worldwide gave a franchise to the SIFAX boss to venture into the hospitality sector, Taiwo Afolabi has finally
commenced work on the Marriot 5 star hotel which will be located in Ikeja GRA, Lagos. Few people will not forget the unusual buzz news of the hotel’s emergence in the highbrow hospitality sector generated few years ago.

When news filtered out back then that the massive on the ever busy Oba Akinjobi street, GRA Ikeja, Lagos would house the prestigious Marriott Hotel with over 150 rooms, an Olympic-sized swimming pool and a parking lot that can comfortably accommodate over 200 cars at once, not a few people looked forward to it.

While signing the multi-billion naira deal Taiwo had disclosed that the Lagos Marriott Hotel would be ready in 2016 and would boast all the facilities and luxury associated with an international market leader like Marriott. He bragged and bayed about it.It is said to be a ‘turnkey project’ and a high rise of about 15 floors. As we speak, contractors have moved to the site and work on the project has commenced.

However, his recent venture into the hospitality business won’t be his first as he owns a big hotel and restaurant in London, where he spends more time. The SIFAX boss’ Marriot Hotel will be competing with Jim Ovia’s Marriot Hotel on the Island which will be completed by next year, hopefully.