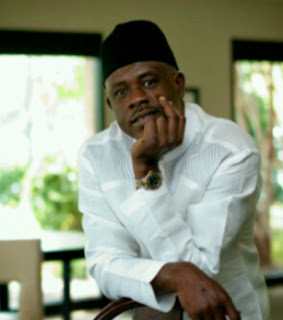 The Federal Government may have concluded plans to make use of a former Minister of State for Defence, Senator Mussiliu Obanikoro, as prosecution witness against the Ekiti State Governor, Ayodele Fayose, and a former deputy governor of Osun State, Senator Iyiola Omisore, in the ongoing probe of $2.1billion arms deal involving a former National Security Adviser (NSA) to former President Goodluck Jonathan.


Fayose, had earlier been indicted by a military panel, which alleged that Fayose was among those given the money released by the former NSA, Colonel Sambo Dasuki (rtd.), in the build up to the 2015 general elections.

Saturday Telegraph gathered from sources within the presidency that Obanikoro, who flew into the country during the week, and surrendered himself to the Economic and Financial Crimes Commission (EFCC), had been penciled as one of the prosecution witnesses to be used against Fayose, when he is eventually brought to justice.

Although, the governor enjoys immunity as guaranteed by the constitution, indications emerged that he might be prosecuted as soon as he finishes his tenure. Obanikoro, who is alleged to have also soiled his hands in the arms deal, would in return be left off the hook and not prosecuted as expected, as an agreement had been reached that the Federal Government would file a nolle prosequi (no case submission) against the former minister.

The source, who spoke with our correspondent on the condition of anonymity, explained that, with the manner the deal was brokered, Obanikoro, who was in the United States, had no choice but to agree and return home.

“The former minister offered to nail Fayose and reveal the secrets between them after much pressure, so that he can save himself. He was told that they will let him go if only he could help them, by standing as a prosecution witness against Fayose.

“They have been on it since March, but it took some time before he could agree to play along with them. He was also accused of fraud, that’s why he didn’t want to come back home until they gave him this chance. “It was an opportunity to redeem his image and walk freely.

He took a wise decision by accepting the offer to be a prosecution witness because he can’t continue to hide in the United State. There is no place like home”, the source said. Obanikoro had been in the news lately over reports that he had confessed to the EFCC and revealed all that transpired between him and Fayose. He was reported to have admitted that he gave Fayose the sum of N2.3billion from the NSA.

Another source, who claims to be privy to the details of the negotiations,said that the powers that be had already made up their minds to nail Fayose and that is why the Muhammadu Buhari-led adminstartion is exploiting that option.

“You know that a sitting governor has immunity, but we are prepared to wait till 2018, by then, he would have finished his second term in office and there won’t be any immunity for him. One thing is certain; a lot of people would have been convicted by then, including some of his indicted aides.

“And if all those indicted with him are already in jail before his tenure ends, tell me how he won’t face his own music. It is only a matter of time before the long arm of the law catches up with him”, the female source said.

However, Fayose, apparently disturbed by the turn of events, had earlier issued a statement, alleging that the return of the ex-minister from the United States was an “arranged and compromised” move that is tailored towards nailing him. Fayose described Obanikoro’s voluntary return and his surrender to the EFCC as an orchestrated plot to see that he is “implicated at all costs”.

“Those who arranged the dramatic and compromised return of Senator Obanikoro to Nigeria obviously did so in continuation of their project ‘Fayose must be implicated at all cost’ but I am not bothered because my election was legitimately funded.

“However, if this is why they are intimidating judges and the judiciary, it won’t work as far as my own matter is concerned as no one can play God. As far as I am concerned, I am busy here in Ekiti attending to the welfare and well-being of my people.

I won’t be distracted” While the EFCC spokesman, Wilson Uwajeren, did not respond to text message sent to him on the matter, Fayose’s spokesman, Lere Olayinka, said his boss was aware of the anti-graft agency’s plan.

He however said the governor would not trade words with the commission. Olayinka said: “We already know what they want to do, but we are not perturbed. We don’t need to respond to their actions, we shall meet in court”.