Two union leaders in the Federal Ministry of Power, Works and Housing were arrested and detained on Thursday by the police following a protest by workers that grounded activities at the Mabushi head office of the ministry in Abuja. 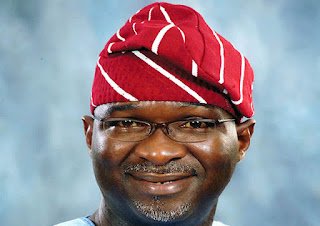 The protesters alleged that the Minister of Power, Works and Housing, Mr. Babatunde Fashola, ordered the arrest of their leaders.

But the minister’s Special Adviser on Communications, Mr. Hakeem Bello, refuted the claims and stated that the two union leaders were apprehended by security officers on duty at the time of the protest.

He also stated that officials of the ministry in the past administration were fond of using allocations meant for capital projects to settle workers’ welfare, a development which he said made it difficult for the government to construct roads and pay contractors.

It was gathered that the Chairman of the National Civil Service Union at the FMPWH, Mr. Aliu
Abdulazeez; and the Secretary, Mr. Sam Apeh, were arrested for spearheading the protest that crippled business activities of the ministry and the neighbouring Federal Ministry of Environment.

The workers closed a major road leading to different buildings of the ministry, barricaded the gates of the various structures and stopped vehicular movements into the different car parks of ministry.

They said that the minister had been treating them poorly since he came onboard as the head of the “three-in-one ministry”.

The protesters carried placards, which had inscriptions such as “We are not slaves in this ministry,”

“Fashola, treat workers with respect” and “No training, no welfare, no salary.