Recession Takes Back Seat For Ladi Balogun As FCMB Boss Stages 40th Birthday Bash London Will Not Forget In A Hurry For Wife, Banke 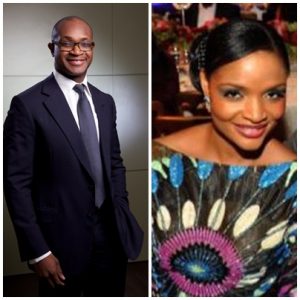 London will not forget in a hurry, the day Ladi Balogun feted friends and family in his wife’s honour. England’s metropolitan capital became the masque of high festivity and the pleasant place for rare merriment as Ladi celebrated his wife, Banke’s 40th anniversary in a classy shindig.

Despite the hard times, Ladi endeavoured to give his wife a treat befitting royalty as he hosted the crème of Nigeria and global high society to his wife’s 40th birthday party. The First City Monument Bank’s Managing Director, held a dinner at the Dorchester Hotel in London to celebrate the occasion and his closest family and friends thronged the venue like a flock of sheep responding to the shepherd’s summons.

Grapevine has it that Banke plans to throw a bigger party in Lagos to celebrate her new age. Perhaps unsatisfied with the relative exclusivity of the London event, she plans to hold the celebration in the full glare of the approving Lagos social scene.

It will be recalled that the beautiful lady, whose husband is one of the sons of banking guru and Oloori Omooba of Ijebuland, Otunba Subomi Balogun, had her wedding over a decade ago amidst fanfare and glitterati. The upcoming celebration is set to match or surpass that August event

thecapital
Posted by MAN ABOUT TOWN at 8:25 PM