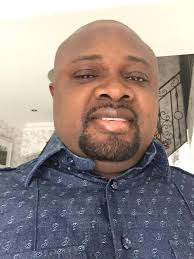 Mr. Dudafa, former Special Assistant to ex-President Goodluck Jonathan, alongside Joseph Iwuejo and four companies are being prosecuted by the Economic and Financial Crimes Commission, EFCC.

They are standing trial on a 23-count charge bordering on N5.1 billion fraud.

At the resumed trial on Thursday, Mr. Olanrewaju, the third prosecution witness, was led in-evidence by the EFCC counsel, Rotimi Oyedepo.

Mr. Olanrewaju informed the court that his bank received a letter from the EFCC requesting for the account opening packages of DJakes Fast-food and Restaurant.

He said that Mr. Dudafa; his wife, Preye; his son, Dudafa Junior; and one Florence Itekesi, were the directors of the restaurant.

The witness also told ex the court how N63.2 million was deposited into the account of DJakes Fast-food and Restaurant on March 18, 2013.

He, however, said the money was deposited into the fast-food accounts in instalments.

The prosecution witness also stated that N20 million and N79.2 million were deposited into the Fast-food account from a Bureau De Change named 313 on January 23 and 26, 2015.

He added that N88 million was paid into the account by Danbazau Global Ltd and Bambura Global Company.

He added that the sum of N20.3 million was paid into the Fast-food account by Dambazua Global Ltd on January 30, 2015.

However, the witness was cross-examined by the counsel to the accused, Gboyega Oyewole and Sunday Abumere.

The witness said during cross-examination that the Fast-food’s account were domiciled at the Yenegoa branch of the bank and was opened in the year 2007.

He also said that there were inflow of cash in the account when it was opened but would not know if the account was sometime dormant.

Another compliance officer, Adeniyi Tunde, testified how the accused managed the accounts, contrary to the banking regulations.

Justice Mohammed Idris, after listening to the witnesses, adjourned the case to December 8 for continuation of the trial.