Security has been beefed up in Edo State, ahead of Thursday (today’s) coronation of the crown prince, His Royal Highness, Eheneden Erediauwa, as the new oba of Benin Kingdom.
Prince Eheneden will leave Usama Palace, where he has been since October 9 for Benin, the state capital. 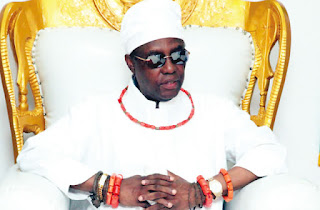 He is also expected to pass through Isekherhe to perform the ceremonial crossing of a river before moving to Urho-Okpota for the coronation ceremony.

It was learnt that although the heir apparent would not be crowned in public, he would receive the staff of office from the state Governor, Adams Oshiomhole, as the 39th oba, at a grand ceremony to be graced by guests, led by President Muhammadu Buhari.

Also expected at the ceremony are state governors, the leadership of the National Assembly and other lawmakers, traditional rulers and members of the diplomatic community.

Our correspondent, who went round major areas in the state capital, observed heavy presence of policemen at Ovoranmwwen Square, Airport Road, Urho-Okpota and around the Oba’s palace on Plymouth Road.

The Commissioner of Police, Haliru Gwandu, had on Tuesday said that 5,000 personnel would be deployed to provide security for the historic event.

The acting Police Public Relations Officer, Stephen Onwochei, told The PUNCH on Wednesday that policemen would also be drawn from the anti-bomb squad unit of the command.

On its part, the 4 Brigade Command of the Nigerian Army expressed its readiness to assist other sister agencies in ensuring a hitch-free coronation.

The state command of the Nigeria Security and Civil Defence Corps said it had deployed 500 personnel to man strategic locations.

The spokesman for the command, Efosa Ogbebor, noted that the operatives would be drawn from the armed squad, Special Weapons and Tactical team and the anti-bomb unit.

Ogbebor explained that while the command would not deploy armed men at the Oba’s palace, parts of Ring Road, Plymouth Road, Mission Road and Akpakpava Road would be cordoned off to forestall any form of breakdown of law and order.

“Anyone who attempts that will face the full wrath of the law,” he warned.

Although motorists complied with the restriction of vehicular movement as directed by the coronation planning committee, traffic congestion was observed in some parts of Benin, due to the diversion of traffic.

The state sector command of the Federal Road Safety Corps said that 400 personnel would be on ground to ease the flow of traffic during the coronation ceremony.

The spokesperson for the command, George Otoaviokhai, said the deployed officers comprised 150 officers, 250 marshals and 15 ve

punch
Posted by MAN ABOUT TOWN at 3:59 AM