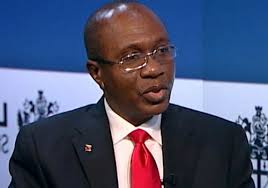 Mrs. Margaret Emefiele, the wife of the Governor of the Central Bank of Nigeria, Godwin Emefiele, has been released by her kidnappers.

Sources at the Police High Command told our correspondent Margaret and four others were released around 1am on Saturday (today).

Margaret, three women and a driver were attacked on Thursday along the Benin-Agbor Road and dragged into a nearby bush while their vehicle was abandoned.


The kidnappers were said to have demanded a ransom of about N100m.

A police source said, “The kidnappers released the victims around 1am. We found them around the bush beside the expressway where they were kidnapped. Investigations are ongoing