Inside Details Of John, Ivie Edebor’s Troubled Marriage As Mystery Man At Centre Of Marital Discord, Mathew Agbaire Is Unveiled! 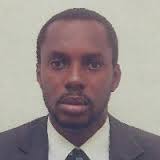 Emerging details have it another married man identified as Matthew Agbaire is at the centre of raging marital mess engulfing the Edobor’s ( Ivie and John).

The now identified third party is unmasked as a father of two and an engineer at Centrix, Design and Building Contractors.


Information pieced together by societynowng.com reveal Mathew was actually the individual that brought Ivie back home at past midnight on the day she suffered broken leg.


‘’He is the one she kept referring to as friend in her talks and posts about town’’ a source disclosed.

He is defined as romantically involved with Ivie, the now estranged wife of John- a staff of financial institution Zenith bank.

And digs by societynowng.com Matthew is desperate to avoid public entanglement in the Edebor’s now famous marital mess.

He now screens his calls and denies ownership of his cell phone once callers seek to probe his involvement in the Edebor’s case.

And also refused to respond to text messages sent to him for comments on his role in the collapsed marriage - and leg breaking incident.

Interestingly a source disclosed he was spoken with on the same phone numbers and pleaded to be left out in efforts to shield his involvement in the wrecked marriage from his wife.

Matthew is accused of having a relationship with Ivie at a time she was still with her husband.

And he reportedly played a prominent role in the June 18 2016 incident that got Ivie admitted at a private hospital for broken leg.

Insiders alleged contrary to claims by Ivie, She actually got injured during a scuffle between her husband and her alleged lover, Mathew. 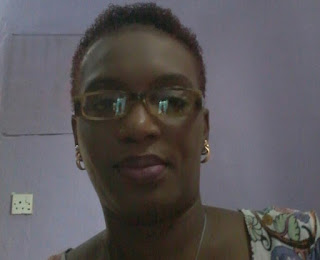 Informants claim John was tipped off about his wife’s affair with Matthew when one of his children innocently told him about the uncle ‘’that sleeps in mummy’s room’’ whenever he visits.

The daughter reportedly made the innocent comment while on a visit to her father’s apartment ( the couple maintain separate apartments at this time but spend time with each other as part of efforts to make the marriage work again’’.

Details have it John had opted to wait to see when his wife come home and who brings her based on her alleged evasive replies about her whereabouts on the fateful June 18.

She was reportedly brought back by the ‘’uncle’’ mentioned by his children at well past midnight.

The culmination of events one sighting each as Matthew came down and opened the front passenger of his jeep for Ivie to alight and gave her a warm embrace reportedly saw the husband and lover boy go after each other.

According to information contrary to claims by the wife – she suffered a broken leg when Matthew missed twice as he attempted to hit John with a hammer he hurriedly brought from his car.

Ivie was reportedly at the receiving end of the blows.

‘’She was holding on to John and tumbled to the ground with him as she tried to come between them...Matthew tried to seize the opportunity and slammed the hammer in his hand on John and the later dodged the blows twice’’ a source insisted.

Insiders further claim as the damage dawned on the combatants Matthew immediately rushed Ivie to the hospital and the matter reported to the police and John arrested and detained based on allegations made against him.

Matthew immediately dropped out of sight in the matter.

John was able to secure his release on bail when the matter was taken to court on charge of ‘’inflicting body harm’’.

Additional digs revealed before the latest twist that saw Ivie explode the matter on social media and turned the marital mess a public feast – families on either side were mediating on the matter and an agreement already reached on how John would offset the N3.2million medical bills incurred by part of efforts at reaching a resolution.

A letter available to societynowng.com reveals correspondence between John and management of the health facility treating her, Toki Medicals detailing a schedule of how the bill would be paid off between August 2016 and March 2017.

Document available show an initial payment of N500,000 made on August 24 2016 in line with this agreement.

‘’what spurred Ivie to deviate from the ongoing family mediation and turned the whole matter a public spectacle is not clear yet’’ a source claimed.

‘’It really is a very sad thing that is happening’’ a source stated and went on to provide a bit of background on how the festering marital mess kicked off.

According to information available to societynowng.com as admitted by Ivie, the debts she incurred while running a diaper business kick started the chain of reactions that has brought the marriage to the current stage it is.

But sources claim she glossed over the details. 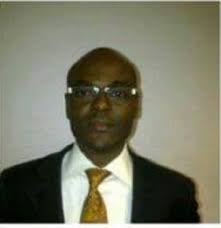 Fresh information available reveal that Ivie who resigned from financial institution Stanbic IBTC with a shadow over her head failed to disclose circumstances surrounding her indebtedness.

Sources claim at the height of her debt issues she owed about N32million to family, friends, business associates and husband’s colleagues.

Those who should know claimed John was not in the know until creditors started storming their matrimonial home (Ajah) as at then to demand payment.

‘’she started receiving threats and official reports were made against certain persons to guard against harm’’ a source claimed.

And to compound the whole issue, insiders claim Ivie couldn’t provide explanations on how the she became so indebted.

A family matter was reportedly called on the matter and resulted in the same futility – no specific reasons for what the monies that made up the debt was used for.

‘’Creditors storming their matrimonial home as early as 5.00a.m to get back monies owed John told her to move back to her parents home before the situation degenerates’’ a source claimed.

More revelation however has it that because of the age of the children, it was agreed they stay with the mother pending when the issues at stake were resolved.

‘’however to keep the marriage going, they entered into an arrangement.. Ivie would meet up with John on Friday and stay over till Sunday or Monday morning when he is going to work...sometimes the kids come, other times they stay back with their grand parents’’ a source claimed.

Societynowng.com learnt this was the arrangement with plans of getting a new place where the family can move in together almost effected until Matthew came into the picture – and everything  went to pieces.

Informants claim Ivie had helped John secure another apartment in Yaba and supervised transportation of his belongings from the Ajah home to the new place in preparation for the coming together of the family before suddenly making a u- turn and secured another abode for herself.

‘’It caused a bit of friction but as with other issues, it was glossed over and a new visiting scheduled drawn up in the name of trying to make things work and it did until the infamous public spat between John, Ivie and Matthew’’ societynowng.com learnt

Disclosed a source ‘’the ground work for the episode that earned Ivie a broken leg was already laid way back...the innocent disclosure that alerted John to presence of another man in his wife’s world was made on video..and he confronted her, she denied it and they swept it aside but obviously the seed of doubt was sowed and they are all still eating the sad fruit it bore as we speak’’ a source pointed out.