Collapsed Marriage Results In Shut Down Of Ini Edo's Bakery, As 'Ini Delicious Bread' Goes Out Of Circulation. 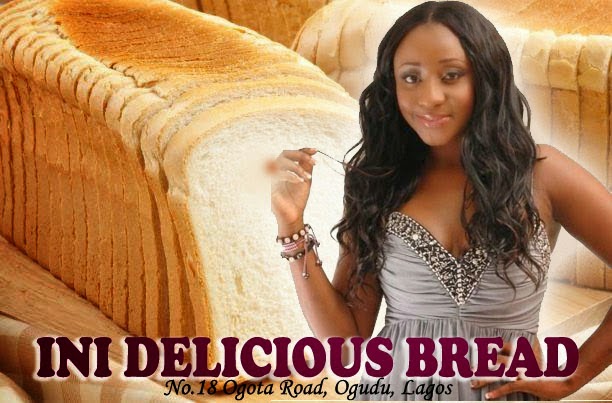 The bread producing business that leverages on the identity and popularity of actress Ini Edo to carry out it's day to operations- and sell it's wares is no more.

It is said to be shut following the turbulence that wrecked
the marriage of the role interpreter to business man, Phillip Ehigwina.

Here are the trending details

'The end has come to Ini Edo’s husband business empire in Nigeria after his marriage to the Nollywood superstar crashed few weeks ago.

US-based Phillip Ehiagwina invested into a travel, car dealership and bakery biz which he handed over to Ini Edo after their marriage.

'Fillers in Ogudu said Ini Edo Delicious bread was actually opened for her hubby.
Ini Edo’s bakery business located in Ogudu, Lagos that rolled out tasty bread and confectionery few months ago has beenclosed downwhen he divorced her Americana hubby.

findings revealed that the premises housing Ini’s bakery has been locked down with several court notices pasted on the building.

Since the bread was introduced by the Nollywood diva, it has become the most requested bread in Ojota. Many super markets and eateries in the area said the bread is out of production.

The Akwa Ibom actress was recently abroad for an award ceremony.'
Posted by MAN ABOUT TOWN at 7:58 PM