' Out Of 27 Seats At The State Level I Said Let Me Take 14 And They Take 13' Recently Decamped Ondo Gov Segun Mimiko Reveals Why He Is Accused Of Causing Problems In PDP. 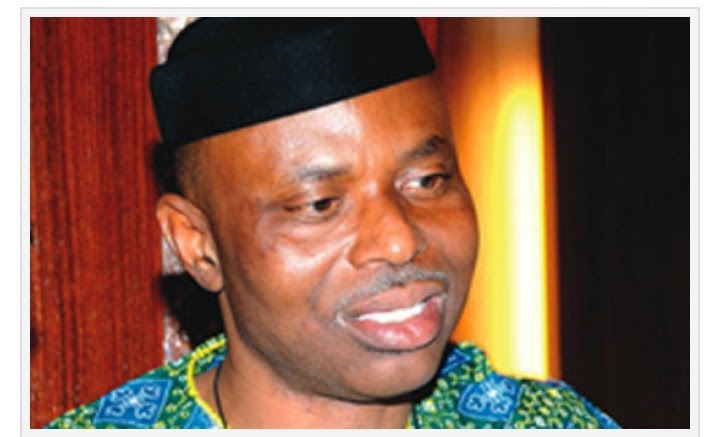 Ondo state Governor Olusegun Mimiko has unveiled reason state executives of his new party, the People's Democratic Party - PDP  are against him.

The trending disclosures of the former Labour chieftain who returned to his original political party are reproduced.

'The Ondo State governor, Dr. Olusegun Mimiko, on Tuesday lashed out at members of the Ondo State People’s Democratic Party executive, saying nobody would force him out of the party.

It will be his first reaction to the contentions raised by his defection to the party, particularly as it affects power sharing in the state executive committee.

While addressing party’s youth leaders from different parts of the country led by the National Youth Leader of the PDP, Alhaji Abdullahi Maibasira in Akure, Mimiko said he was not in the party to create crisis, but to add value to it.

Referring to the accusations by the state executive council that he had come to disorganise the party, the governor said discipline must be maintained for the PDP to be able to win elections in 2015.

According to him, there is the need to ensure the enforcement of the decisions reached at the highest level of the party.

He said, “No party will survive without party discipline, a party that takes decision and cannot enforce it is not a party, a situation where decisions are taken at the highest level chaired by the Senate President and some party members went to court to challenge is unacceptable.


“I have not come to PDP to be part of crisis, I have come to add value, I am not coming into PDP on the eve of a second term election and that is part of what we should consider, as a person I have no second term ambition, there is no Senate available for me, I have only come to add value.

“I am back in this party, I have made the move and nobody is going to force me out of PDP again, if anybody thinks he will create crisis and I will get angry and leave they are just wasting time, let us come together and build this party, discipline must be maintained.

“My colleagues that have decamped to PDP in the past they give them all the structure, all of them, Abia, Bauchi, Zamfara but I said I don’t need all the structure just to give comfort to the people am bringing on board, out of 27 seats at the state level I said let me take 14 and they take 13, anybody that say that is not fair enough for a governor that is coming with 25 members out of 26 in the House of Assembly.

“Since we came on board in 2009, we have had eight elections, Labour Party did not lose any of them, that is that value we are bringing and that is why am saying that the minimum is what we are asking, I was even surprised that people are contesting, I thought they should be exited'
Posted by MAN ABOUT TOWN at 3:03 AM