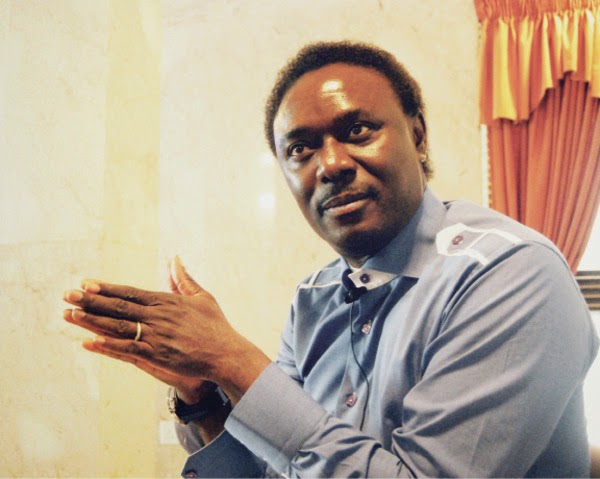 
Here is the sequel to Okotie's call for the resignation Pastor Oritsejafor as CAN President for his alleged role in the busted arms deal that has seen South Africa seize all of $9.3m involved as reported by dailypost.

The Christian Association of Nigeria has replied the founder of Household of God, Pastor Chris Okotie on his recent call that its president, Ayo Oritsejafor vacates CAN office.

The Association advised the preacher to manage his home and keep to biblical principles of one man, one wife instead of attacking Oritsejafor.

Okotie had in an article called for the immediate resignation of his colleague over the alleged involvement of his aircraft in the controversial $9.3m smuggled into South Africa by two Nigerians and an Israeli.

Okotie, in the article said, “Considering the collateral damage Pastor Ayo’s close relationship with the President has done to the Christian community, it is fit and proper for the Pastor to resign immediately as CAN President to salvage what remains of the battered image of the association.

“This is without prejudice to the on-going investigation on the matter. Denials of his culpability by the Federal Government, CAN officials and his own recent defense, does nothing to reduce the moral burden this whole saga places on his shoulders. As the titular leader of Christians in Nigeria, there’s now a serious crisis of confidence on his leadership and he ought to respond to it by resigning from his exalted position.”

Reacting to Okotie’s stance, the Director of National Issues in CAN, Mr. Sunny Oibe, said Okotie was looking for popularity through Oritsejafor.

He said, “Is Chris Okotie a Christian? How many wives has he?

“He should go and sort out himself. Even the government has exonerated Pastor Ayo of all the allegations. So, who is Okotie? Well, it is laughable if Chris Okotie should demand that Pastor Ayo Oritsejafor should resign as President of CAN.

“Chris Okotie should remove the log in his eyes before he begins to see a peck in somebody’s eyes.

Pastor Ayo had a soaring integrity before he was elected the President of CAN. Who elected Chris Okotie to become the spokesperson of Christians in Nigeria?

“CAN will not like to join issues with Okotie because doing that will amount to making him popular.

He is looking for popularity which he doesn’t have through Pastor Ayo and he is not going to get it,” he told Punch
Posted by MAN ABOUT TOWN at 12:59 AM