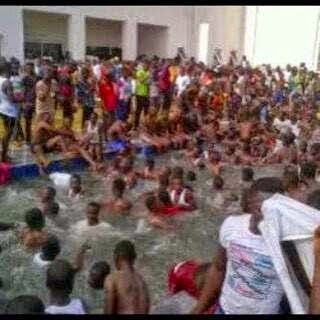 New Governor of Ekiti state, Ayodele Fayose was full of drama at his inauguration.

He caused a stir with his chosen official car.

And stretched the episode further by
throwing open the tastefully furnished governor's lodge erected by his predecessor, John kayode fayemi. 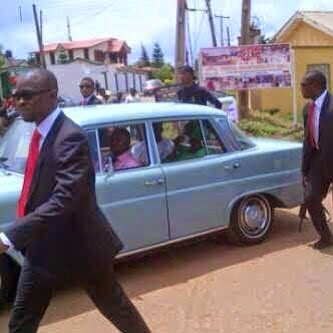 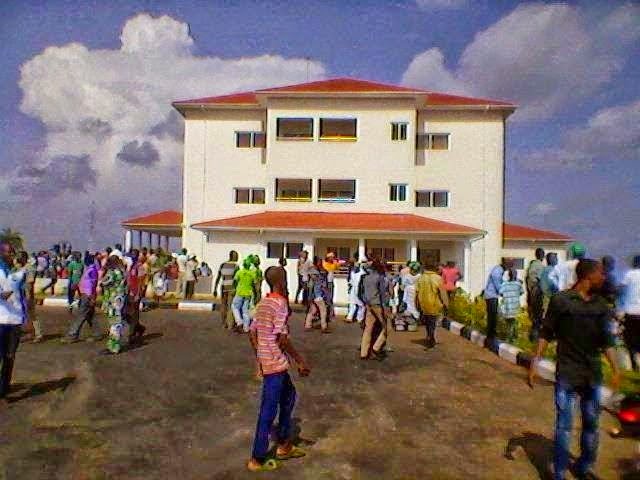 Ekiti State governor, Dr. Peter Ayodele Fayose took his oath of office in a colourful event that was simple and colourful.

Governor Fayose caused quite a stir when he arrived the inauguration ground in an antique Mercedes Ben Car, as official vehicle to reflect his closeness to the poor.


As if that is not enough, the Governor threw open, the expansive new Governor's Lodge to the people of Ekiti who came in droves to enjoy government facility and to herald the new dawn

The revelry turned rowdy as masses besieged the swimming pool - and trampled an all expensive and understated item of leisure with careless abandon.
Posted by MAN ABOUT TOWN at 6:56 AM