The managing director of Guinness Nigeria plc, Mr Seni Adetu leaves his position at the end of the month- October 2014. 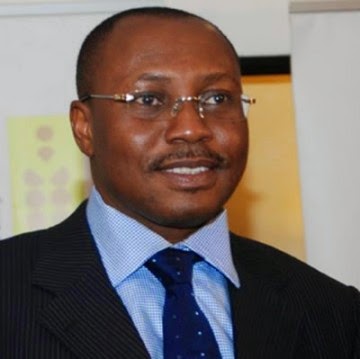 This move comes in the face of dropping profit for the past two years.

Mr Adetu has spent two half years in his position.

Here are details as made available by thepunch.

'The Managing Director, Guinness Nigeria Plc, Mr. Seni Adetu, is to step down from the position at the end of this month after two and half years at the helm of the company.

The company, which is a subsidiary of Diageo, in a statement on Monday, also announced the appointment of Mr. John O’Keeffe as Adetu’s successor

According to the statement, Adetu will formalise his exit at the next Board meeting of the company in November.

“Having completed his assignment, Adetu will report to Nick Blazquez, President, Diageo Africa and Asia, starting January 2015. The details of Seni’s next role will be the subject of a further announcement,” the company stated.

Guinness Nigeria has performed poorly compared to some of its competitors in the last two years.

Although the company has remained profitable, its profits have, however, been on the decline.

The company’s shares have also declined significantly in price this year.

In an exclusive interview with our correspondent in February this year, Adetu had attributed the decline to investments made by the company in line with its growth plan.

Adetu, who said the company had invested N52bn in the last three years to expand its breweries and distribution network, explained that the drop in revenue was only temporary as Guinness had a clear plan for the future.

“What we are trying to do at Guinness Nigeria is to build a business that is profitable in a sustainable way for the long term and, so, the result for the half-year period (July to December 2013), as important as it is, will not derail us in terms of how we build for the future,” he said.

He explained that other factors for the declining performance were the weak presence the company had in the value segment of its market and the security challenges in some parts of the country, which negatively affected sales.

According to him, the decline in the discretionary income of consumers, which forced some of them to opt for more affordable brands, also affected the company.

Consequently, under his watch, the company introduced several products to help it play more actively in the value segment of the market. The products include Snapp, a ready-to-drink beverage targeted at women, Dubic and Orijin, which the company considers as the most successful.