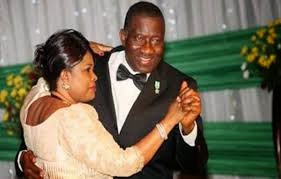 Some governor's of the ruling People's Democratic Party, along with party chieftains and aspirants are up in arms against the President's wife, Dame Patience Jonathan.

She is accused dabbling into party matters and striving to force the party to utilise her favourites as flag bearers for elections, particularly as
successors to the Governors of Rivers, Abia and Oyo states.

Here are details as reported by thepunch.

'Some Peoples Democratic Party leaders in Oyo State have kicked against a request by the wife of President Goodluck Jonathan, Patience, for a former governor of the state, Rashidi Ladoja, to be
“accommodated” in the PDP.

Mrs. Jonathan was said to have made the request during a meeting she had with the state PDP leaders at the Presidential Villa in Abuja nine days ago. 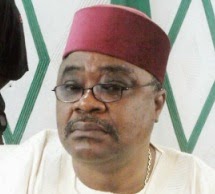 The PUNCH learnt on Sunday night that some of the leaders in attendance were another   former governor of the state,   Adebayo Alao-Akala; the Minister of State for the Federal Capital Territory,   Jumoke Akinjide; a former Senate Leader, Sen. Teslim Folarin, and Chief Yekini Adeojo.
Ladoja, a former member of the PDP and now the National Leader of the Accord Party, is nursing a governorship ambition. He was also present at the villa meeting.

A PDP source, who attended the meeting disclosed to The PUNCH on Monday that most of those in attendance were stunned when the President’s wife suggested that Ladoja should be supported to realise his ambition.

He added that   they did not only kick against her proposal , they also rejected her suggestion to share party offices in the state with Ladjola.
The source   said, “The President’s wife asked that we should accommodate someone who is not a member of the party. How do we do this?

“She was tactically telling us to support his governorship ambition because she was saying she knew that Ladoja has the capacity to win election and defeat the All Progressives Congress in the state.
“But we disagreed and told her so. That was what happened, but she promised to convey another meeting soon where the issue would be further discussed.

“But I can tell you that we are not pleased with her activities in our party. We don’t understand where she derives the power to interfere in running of the PDP. In fact, most of us may not attend any other meeting summoned by her because she is not our leader. 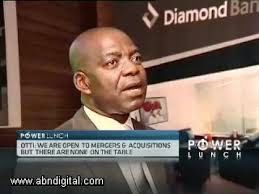 'She should keep off because if we field a wrong person, we may not defeat the APC in our state during the governorship election.”

Alao-Akala said it was true that the meeting with the First Lady was held, but he said he   was not asked to step down for Ladoja.

He told our correspondent on the telephone on Sunday night that the First Lady merely asked them to “accommodate” Ladoja in the PDP.

The former governor   also confirmed that majority of those in attendance disagreed with Mrs Jonathan on the grounds that Ladoja had yet to dump the AP for the PDP.

Alao-Akala said, “Yes, it is true that the First Lady met us. But she didn’t ask me to step down. She said we should accommodate Ladoja in our party and we said it would be difficult to do so because he is not a member of the PDP. That was what happened.”

A Media Assistant to the President’s wife, Mr. Ayo Adewuyi, told The PUNCH in Abuja that he was not aware of the meeting.

Ladoja’s media aide,   Lanre Latinwo, had said in a statement that his boss was not on his way to joining any party.

“Accord party in Oyo State remains one united entity and will continue to grow in leaps and bounds due to the sincerity of leaders of the party and the genuine love of the people.

“We urge members of the party and the general public to disregard the insinuation in all its entirety asserting that the Accord Party at the moment is not involved in any alliance talk.”

A member of the NWC who, also spoke on condition of anonymity said, “We appreciate her concern for the party, but she’s over doing it.

“We will appreciate it if she can stay off our party affairs. Her actions are making some members to feel that she’s controling her husband and all that.”

Mrs. Jonathan is known to be rooting for a former Minister of State for Education, Mr. Nyesom Wike and ex-Diamond Bank Managing Director, Alex Otti, for the PDP tickets in Rivers and Abia states respectively.

Some of the PDP leaders in the two states, who did not want their names in print, warned that if her activities were not checked, the PDP might not win the   states.

Mrs. Jonathan   described Wike as a listening and respectful politician who   obeyed her when she asked him to drop his senatorial aspiration in 2011.

“You listened to me and dropped your senatorial aspiration. I pray God to protect you, lead you.   Please go on with your aspiration, ” Mrs Jonathan had said when she visited the former minister in Abuja five days ago. 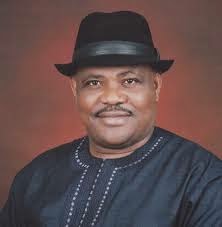 “I have handed you (Wike) over to our father, Dr. Peter Odili, and the people of Rivers State. You are going to Rivers State for the betterment of all of us and to wipe our tears,” she   added.

After her speech, she symbolically handed Wike over to Odili, who was part of her entourage.
Speaking on the endorsement in Abuja on Monday, another PDP governorship aspirant, Mr. Tamunosisi Jaja, said though as a native of the state, Mrs. Jonathan had the right to endorse anyone.

But he added that such aspirant needed the blessing of God.

He said, “I wouldn’t want to react to that endorsement by Dame Jonathan, who incidentally, by the Grace of God, is the First Lady   and is an indigene of Rivers State.

“By virtue of the fact that she’s from Rivers State, she has every right to express her support for anybody.

“As a Christian, my Bible tells me power comes from God and when God says yes, no one can say no.

A PDP chieftain in the state, who pleaded not to be named for fear of victimisation, said the endorsement of Wike by Mrs Jonathan was a personal thing.

“She has only expressed her personal desire. But I am worried, just like my colleagues who are not speaking out that she should not get directly involved in our party affairs. Her activities are not good for our party. They may have a boomerang effect on our performance in the governorship race.
“I know that our national leadership are also worried by her meddlesomeness.”

In Abia,   Mrs Jonathan is said to be rooting for the former Group Managing Director of Diamond Bank, Dr. Alex Otti, while the governor of the state Chief Theodore Orji prefers Dr. Okezie Ikpeazu.

“Her support was what   made the man (Oti) to resign from his lucrative job, “ a source close to the President’s wife claimed.

He however feared that a clash between Orji and Mrs Jonathan over who would fly the PDP governorship flag in the state could give an edge to opposition parties in the state like the APC and the All Progressives Grand Alliance.

Otti, who was at the national secretariat of the party in Abuja on Monday where he bought his nomination form, has said he would create a Ministry for Aba Affairs to transform the popular Aba market.'
Posted by MAN ABOUT TOWN at 10:37 PM